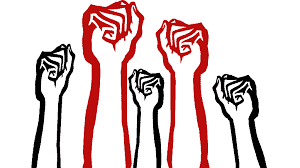 On Saturday May 9, I was writing in my journal about depression. No, not about clinical depression. Rather, about the gnawing depression caused by  contemplating the future of our country if we don’t vote out Republicans in November. Each day’s news brings more evidence of what’s at stake as long as Republicans hold power at the national or state level.

I probably wouldn’t be writing this if a pre-2016 mainstream Republican had been elected president — Jeb Bush, for example. But we didn’t elect a normal Republican. We elected a narcissist, a non-reader, a Fox News addict, a racist, a misogynistic buffoon without a conscience. And the “party of Lincoln” sold out to him hook, line, and sinker. Here is how Fintan O’Toole, writing in The Irish Times, described our sell out:

It is hard to remember now but, even in 2017, when Trump took office, the conventional wisdom in the US was that the Republican Party and the broader framework  of US political institutions would prevent him from doing much damage. This was always a delusion, but the pandemic has exposed it in the most savage ways…abject surrender.

While we’ve been living in a plutocracy for a long time, there was, at least, some pushback against the greed of the ruling class.  Obamacare was proof of it. But there’s been no pushback in the Trump era. As Nancy McLean predicted and documented in her book, Democracy in Chains, the powerful and wealthy forces of the quasi-libertarian far right (think Koch, DeVos, Federalist Society, etc.) joined with the fossil fuel industry, the arms industry, and the big banks have hijacked the Republican Party to use a man with zero ideological or moral moorings to do their bidding.

This tsunami of bad news can push you into depression and lethargy — or galvanize your resistance.  With God’s help, I hope enough sane Americans remain among us to resist. The far right is wealthy and well-organized. They aren’t just wacko white supremacists like those who invaded the Michigan state house. They are the people who support those wackos with money. The DeVos family is the primary funder of the very group that organized the ugly invasion in Michigan. Yes, the same DeVos family that gave us our secretary of education, the one who would like to end public education.

I sat in on two webinars this week. One was hosted by The Nation magazine and the other by the ACLU of Louisiana. I wish you could have seen both of them. The speaker for The Nation webinar was the environmentalist author and activist Bill McKibben, a hero to any of us who care about saving our planet. If you’re not familiar with McKibben, I recommend taking a few minutes to listen to this podcast or simply Google him.

McKibben made many important  points in the hour-long webinar. Here are three  take-aways from his assessment of the pandemic.

The downside of dismantling our governing apparatus is now evident. Smaller government doesn’t help in a crisis and this “dress rehearsal for global warming” clearly shows the danger we face: 300 million rugged individuals have been no match for the virus, no more than they will be for global warming.

The overarching message from The Nation webinar is urgency. If we cannot break the power of the fossil fuel industry, we are going to condemn our children and grandchildren to live in a much more hostile world than the one we know. One of the biggest fossil fuel players is Koch Industries and the Koch family is the biggest donor to the Republican Party. Another huge player is Exxon Mobil, whose ex-CEO Lee Raymond was the lead independent director of JP Morgan Chase until last week. As Exxon Mobil’s CEO, Mr. Raymond oversaw efforts to debunk climate science in order to swell the ranks of climate change deniers. His departure as lead director was the result of pressure from environmentalists and their few allies in the financial world. A tiny, mostly symbolic victory but certainly one worth noting.

The second webinar was a town hall with the staff of the ACLU of Louisiana. These are the saints who are fighting mass incarceration here in the capital of incarceration. They also are fighting against the abuse of immigrants at the hands of Immigration and Customs Enforcement. Both of these struggles have become  much more urgent because of Covid-19. Louisiana’s prisons and jails are full of asylum seekers detained by ICE or people who have committed nonviolent crimes, typically drug possession. Now they’re confined in veritable petri dishes of Covid-19.

And, don’t forget, these prisoners often are held in for-profit prisons. That is something I’ve talked about before and it is one of the great stains on our country. The very existence of the for-profit prison industry gives the lie to any notion that we are the “land of the free.” Take a look at the ACLU LA website if you want some inspiration. https://www.laaclu.org.

For now, I choose inspiration and action instead of withdrawing into depression. What about you?

A Theology for our Times

5 mins read in Quixotic thoughts
Stay Connected!
Get my latest blog posts straight to your inbox!
Your information will never be shared