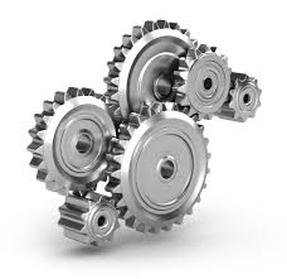 When I last posted on June 26th, I was in a pretty sarcastic mood. Thus, my post which was a “salute” to Republicans was more than a bit snarky. Dear Republican, The Quixotic Deacon salutes you! And at least three people who read that post immediately unsubscribed. That should not, perhaps, be a source of anxiety for me but, nevertheless, it did bother me. Why? Well it said to me that sarcasm, which comes rather naturally to me, was offensive enough to some readers that they decided not to read anymore of what I had to say about anything. Of course it could have been that my not-so-veiled disparagement of current Republicans is what caused those people to unsubscribe. If that is the case, they probably did the right thing. But those votes of no confidence did cause me to think long and hard about what my goals are in writing this blog. Since I did some traveling during this period, I had ample time to reflect.

A short diversion from the subject:  My travels included a week in Switzerland with my mother, Anne Close. She is 91 but doesn’t ever act her age. We hiked daily in the mountains and mother regularly walked 16000+ steps – many of them uphill. She is the biggest influence on my life and thought; so it is appropriate, I think, to give her the credit she deserves. Now back to the business at hand…….

One thing that I decided during my month-long sabbatical from this blog is that no one needs to hear more of my frustration and outrage about the current state of affairs in this country. I suspect that most readers of this blog are as appalled as I am by our President and his buddies. So, unless I simply cannot resist writing about some new outrage, I am going to try to avoid commenting on current events here in this benighted country.

That leaves many windmills at which to tilt. In my June 6th post entitled Quixotic Pessimism, I listed some of those windmills. I wrote,  They might include but are not limited to some of the following threats to a civilized society: income inequality, mass incarceration, jingoism,  gun violence, machismo, militarism,  environmental degradation, corporate power, and plutocracy.  I am going to concentrate for some time on the subject of income inequality.

If one claims to be an inheritor of a Judeo-Christian moral code, one is obligated to be offended by the current state of affairs with regard to income inequality. The moral issue that cries out for discussion is this: Why is one man’s labor worth $9.00 per hour and another’s $500 per hour?  I am using here, for examples, someone working for minimum wage and another making $1,000,000 per year. Before you tell me that $1,000,000 is unrealistically high and not a good comparison, let me assure you that I can prove that the people who are making decisions that keep people working for $9.00 per hour are, by and large, making much more than $1,000,000. I am talking about the top officers of large corporations and the members of their Boards of Directors. This group of powerful people will be my focus in talking about income inequality and greed. Why them? After all, that leaves out the hedge fund managers and partners at many financial firms who make many times $1,000,000 per year. The reason I will focus on the large public corporations and their Boards is a practical one. The information is available to me in proxy statements and 10k’s.

The question I will try to answer is this: why is it acceptable to Christians or Jews that so many of our fellow citizens are condemned to a life of poverty while working a full time job? Stay tuned.