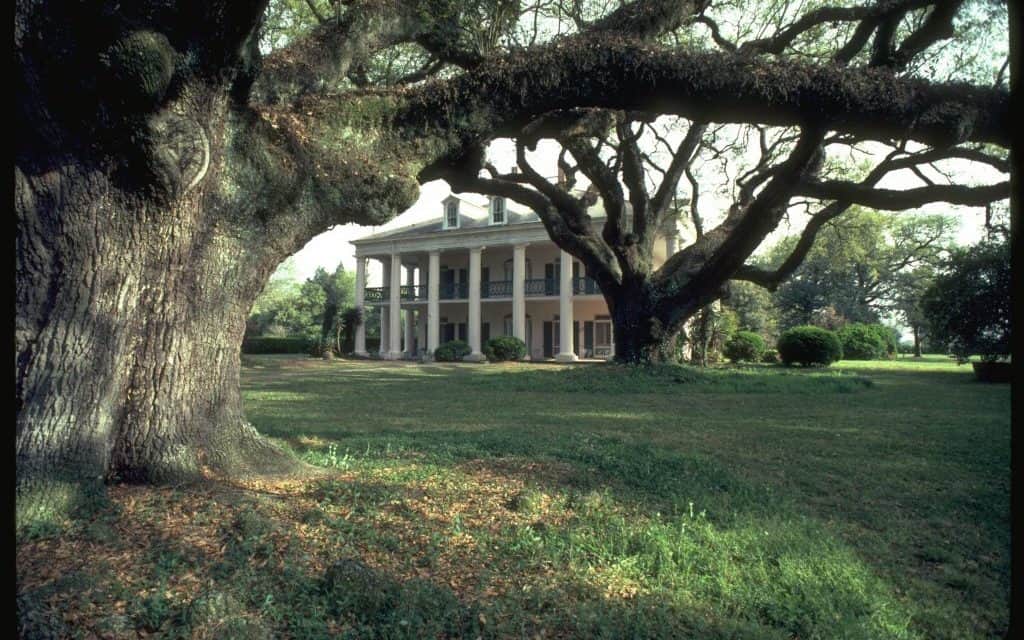 In early December my sister Gracie and I spent a day at the Whitney Plantation as guests of the ACLU of Louisiana. I’d visited before but Gracie had not. If you aren’t familiar with the plantation – about an hour’s drive up the Mississippi from New Orleans – it tells the story of slavery vividly and powerfully. There is no glorification of the antebellum South, as in Gone With the Wind. Rather, one learns about individual slaves and how they lived and died on the plantation. The focus is on the sin of slavery and the individuals brutalized by it, not on the gauzy mythology of the Old South.

Our host  was Dr. Ibrahim Seck. Dr. Seck, a Senegalese professor, did the lion’s share of the research into the enslaved people who lived and toiled on the plantation. It was owned by the Haydel family, whose enslaved men, women and children worked the land.  Dr. Seck easily talks about individuals and families, often referring  to the children by their first names. He makes them come alive, almost as if he knew them. Indeed, Dr. Seck’s own ancestors may have been among the many kidnapped denizens of what is now Senegal who were taken over the Middle Passage to slavery in the West Indies and North America.

Gracie and I weren’t there solely to learn how enslaved people lived on a plantation. Nor were we there only to hear anecdotal details about enslaved people who lived and died there. No, we were there to collide head-on with the very system that enriched our own privileged white ancestors  and from which we continue to benefit to this day.

To say that there is no connection between slavery and the wealth and privilege that Gracie and I have enjoyed our entire lives is to assert that history is discontinuous, that slavery ended with the Emancipation Proclamation, when we wiped the slate clean and blithely resumed our lives. Nothing could be more absurd. (Another aspect of that absurdity is the notion that mass incarceration of black males in Louisiana and throughout the South today has nothing to do with their ancestors’ enslavement.)

(A word about guilt: I can remember thinking, long ago, that there was no such thing as corporate guilt. By “corporate” I mean collective guilt, societal guilt. That thinking goes something like this: “I would never condone slavery; so, I have no obligation to confront its hideous legacy today. That’s all in the past.”  This is the kind of reasoning that leads to attacks on critical race theory, which, unfortunately, is not being taught in our schools. It also leads some people to burn books because they’re uncomfortable when unvarnished facts cast our country in a negative light. By that logic, everything Germany has done to acknowledge the evil of the Holocaust has been for nothing. They could have just turned their backs on the horrors of Nazism and moved on as if nothing ever happened.)

Gracie and I didn’t spend the day at Whitney Plantation in order to bathe in white Southern guilt. We could have stayed home and done that. We went at the invitation of the ACLU of Louisiana as part of an ongoing discussion rooted in our shared angst about racial justice and mass incarceration. We wanted to ponder our own complicity in the long march of inequality that still shows little sign of abating in matters of race, income and wealth in our country. We knew we had been the beneficiaries of this inequality. We have thrived while others suffered. And we knew intellectually, if not viscerally, that we continue to benefit, to thrive, while others struggle. If we continue to benefit from the fruits of slavery, how can we consign the sin of slavery to the past?

To put it more directly, our race and our ancestry positioned us to profit from the socioeconomic evils of slavery and its subsequent iterations — Jim Crow, segregation and racial discrimination that endures today.  Our membership in the ownership class shielded us from the harsher realities of capitalism as practiced in the United States over the past two-plus centuries. And that hasn’t changed 22 years into 21st century. We’re still getting benefits that are denied to those whose ancestors were black or poor or both.

Those facts beg three questions and they are what we are trying to sort out with our partners at the ACLU of Louisiana.

Of course, Gracie and I are far more fortunate than most white southerners. We cannot presume to speak for others, even other wealthy white southerners. This process in which we’re engaged is personal and voluntary, and so it must be for anyone else. Our examination of where we fit into the continuum of history is informed by events peculiar to our life experiences. It requires questioning the efficacy of traditional philanthropy, even rather progressive philanthropy.  We hope it allows us to redress, even in small, personal ways, some of the societal ills that we were spared thanks to our inherited wealth and white skin.

I’m just beginning this journey, but I plan to write about it occasionally in the months ahead.

Author’s Note: For those of you who are unfamiliar with Whitney Plantation, you may visit it virtually through its website: www.whitneyplantation.org.  I would urge you to visit if you find yourself in southern Louisiana. Also, I confess that the photo of a plantation home that begins this blog is not of Whitney Plantation. Due to the difficulty of using photos I find online because of copyright protections, I simply used an older photo that I’d been able to download for some previous blog.

7 mins read in Food
Stay Connected!
Get my latest blog posts straight to your inbox!
Your information will never be shared