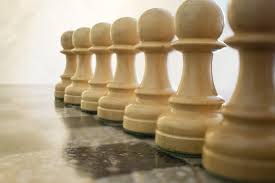 In my post on Mardi Gras Day, I told you about two questions people in  the congregation are asked during an Episcopalian baptism service:

I made the case that most Americans, if asked the same questions, would answer yes to both, and I strongly suspect that a national poll would bear me out. I would be doubly sure of a resounding majority of yes responses if the first question were changed to“Will you strive to love your neighbor as yourself?” since there are many people of many faiths who strive to love their neighbor. With that as my premise, let’s turn to the issue of Dreamers.

My opinion: Deporting immigrants who were brought to this country as children and who have done nothing to warrant deportation — other than the “crime” of accompanying their parents — is inconsistent with loving one’s neighbor and respecting the dignity of every human being.

Fact: In a national poll conducted by CBS News on Jan. 18, 2018, 87 percent of respondents said Dreamers should be allowed to stay in the country.

The poll results should make me optimistic that justice will be done for these 1.8 million Dreamers; our country’s citizens overwhelmingly favor doing the right thing. But I can’t be optimistic because it’s highly unlikely that our government — chiefly the legislative and executive branches — will do what most citizens want.

Several bills have been filed in Congress that would allow Dreamers to remain in the country and pursue a “path to citizenship,” but the bills have gone nowhere. You can bet that wouldn’t be the case if one of these bills were magically transformed into legislation making gun ownership easier. Our government would have gotten its act together PDQ and passed it. Maybe that sounds cynical, but I believe it.

For Dreamers, the clock is ticking. They face deportation, possibly as soon as March, because the program that has allowed them to stay is ending. That program, called DACA (Deferred Action for Childhood Arrivals), was established by executive order from President Obama, but the Trump Administration — intent upon doing away with any vestige of compassion left by Obama — plans to scrap DACA.

Trump has allies and issues which aid in his assault on DACA:

“I will support a package consistent with what the voters said. What they want is border security first. Build a border security wall, end the chain migration, get rid of this crazy visa lottery. Sanctuary city policy, get rid of those. Do those things first and then we will deal with the [Deferred Action for Childhood Arrivals] situation.”

To which voters is he referring? Since he is speaking for the House Freedom Caucus, he is speaking for members from many states. Unless those states are outliers, a large majority of their residents favor a path to citizenship for Dreamers.  Even a majority of Republicans polled by CBS support keeping DACA, albeit with changes. So Mr. Jordan is either as ill-informed as our president or simply lying in order to make his case. Take your pick.

Then there’s Rep. Steve King, a Republican from Iowa, who also is in the running for the Mr. Anti-Immigrant title. He favors ending DACA for an interesting reason.

These Republican “leaders” can’t possibly say they strive to respect the dignity of every human being. They and their fellow right-wingers don’t care if DACA is extended, so long as DACA recipients don’t have a path to citizenship. And, more importantly, they will absolutely insist that new anti-immigration laws be passed prior to dealing with DACA. Among the far-right’s demands: Billions to pay for a border wall, an end to what they call “chain migration,” and an end to the visa lottery.

We should fear for Dreamers because hardcore right-wing Republicans in the House will sabotage any proposals for extending DACA. They will insist on enacting legislation to build the wall, ending chain migration, and doing away with the visa lottery before they will discuss extending DACA. The demands are so morally repugnant to Democrats and even to some moderate Republicans that compromise will be difficult if not impossible.  This outcome was a foregone conclusion after 2016, when Trump was elected and Republicans — many of them ideological extremists — took over the House.

It is impossible for conscientious legislators to go along with this and  Republicans leaders know it. So they have tied a DACA extension  to the wall — DACA will end unless Democrats vote to fund the wall — and dared Democrats to balk. People who try to love their neighbor and respect the dignity of every human being don’t build walls.

3.The Death of Bipartisanship.  The biggest obstacle to saving DACA is the absence of bipartisanship in Congress. Both parties are guilty, not just Republicans. Leaders in Congress are simply not strong enough to force members to work together on compromises. That makes it hard to pass anything, but especially politically radioactive legislation like DACA.

The people of our country — us — want to do the right thing for undocumented, law-abiding immigrants.  We want to because we believe in respect for every human being and because we want our country judged by the way we treat our least fortunate.

Back to Basics – A Brief Re-grounding

6 mins read in General
Stay Connected!
Get my latest blog posts straight to your inbox!
Your information will never be shared