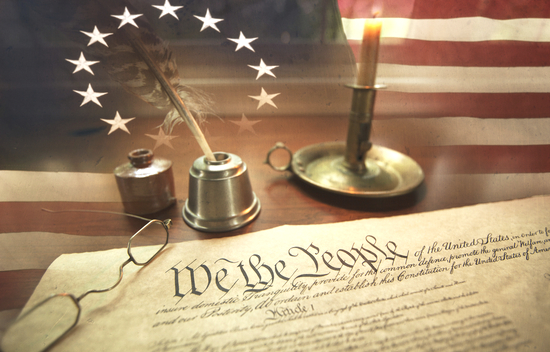 Louis Michael Seidman, Georgetown University law professor and former clerk for Justice Thurgood Marshall, wrote a compelling article for The Nation recently. I was particularly struck by the opening paragraphs of the article, The Long, Troubled History of the Supreme Court and How We Can Change It. They begin this way:

“By now, it should be abundantly clear that our antiquated Constitution, written over two centuries ago by white men to govern a small, slave-dependent republic huddled along the Eastern Seaboard, does not meet the needs of the sprawling, multiethnic, and complicated country that we have become.”

Professor Seidman, Georgetown’s Carmack Waterhouse Professor of Constitutional Law, goes on to cite examples of how parts of our Constitution have ill-served modern America. His examples illustrate the document’s unsuitability to the task of solving 21st century problems. Some of those anomalies are the following:

The article goes on to look at the Supreme Court and to skewer the notion that it has been a pillar of good judgment and democratic strength since its inception as one of the major creations of the Constitution. I invite you to read this article. It opened my mind and educated me. Here is the link.

What I want to suggest to you is not specifically about the Supreme Court but about our tendency to worship the U.S. Constitution as if it were written by the gods. While it may have been the very best creation with which to govern our infant nation for the first, say, 30 years of its existence, it soon failed to live up to the challenges of a growing and diversifying nation. This should not be a surprise since the group of wealthy and influential white men who wrote it could hardly be expected to peer decades into the future and anticipate the social and economic landscape of the country they founded.

Let’s compare the Constitution and our reverence for its every word with our attitude to the Bible. With few exceptions, Christians and Jews have long since stopped stoning people for minor infractions of the law. We read Leviticus and realize that it was passed down orally, then finally written down some 3,000 years ago, and that civilization has moved away from the practice of stoning. We should read St. Paul’s admonition to slaves — be obedient to your masters — the same way. It came in handy for the slaveowners  in the 19th century South, but isn’t considered worthy of repeating by today’s Christians or Jews.

No, with the exception of strict fundamentalist Christians and Jews, we interpret the Bible using 21st century brains. We recognize context.

Not so with the Constitution. Strict constructionists are dominant today. They are led by The Federalist Society who gave us our last 3 Republican justices. They believe the right to bear arms is sacrosanct and has no limits either quantitative or qualitative. They believe that the infallible Founders saw into the future and meant to protect the rights of men (though probably not women) to own multiple AK-47 style weapons with large magazines that maximize killing power. Maybe they think we should also stone prostitutes since the Bible recommends it, but you don’t hear them advocating that.

Since  the Constitution says nothing about the right to abortion, the Court decided that states are free to criminalize it. Well, what a surprise that the Founders didn’t include the right to abortion in the Constitution! Why didn’t all of those women who were at the convention stand up for their rights? Oh, I forgot, there weren’t any women at the convention. And no wonder — we were  a patriarchal society in the late 18th century. Men dominated women. It was more than 100 years before there was any serious discussion of equal rights for women. How can a document written in those times purport to guarantee rights for women?

Our Constitution should be viewed in its context. It was written in the aftermath of a war to overthrow a colonial power, England. It was not written in the aftermath of a social or economic revolution. Maybe it would have been more accurate to call it the Anti-colonial War rather than the Revolutionary War. There was little revolutionary about the country founded in 1776. We simply traded rule by a distant colonial power for rule by a landed gentry — those guys who wrote the Constitution.

That is not to say that the document I seem to be maligning doesn’t have great merit. It does. The three branches of government made independent of each other are powerful guards against much political mischief or worse. And, the Constitution provides for the means to change with the times through amendments. But, alas, our hyper partisan politics makes amending the Constitution virtually impossible. So our current money-soaked political reality is as much to blame for the present unhappiness as the Constitution.

Back to the question in the title —The Constitution: Friend or Foe? It could be either one or both. It can be our friend when we are realistic about how our changing society might call for changes in it. It can be our friend when our politics are high-minded (oxymoron alert!) and amending the Constitution to make it more responsive to the modern reality is possible. But when it is used as a cudgel to prevent change (read, gun control) and when its omissions are used as excuses to deny rights that might seem legitimate to many (read, abortion), it can be our foe. And most of all, when it is used to protect property rights more than human rights, we need to remember who wrote it — propertied men of wealth.

The Greatest Country on Earth