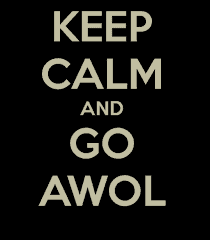 When you swear off writing as long as I did, readers deserve to know why.

My first excuse: I was overwhelmed by too much of 2020, depressed by the bizarre election season and numbed by alarming pandemic developments. So after my last blog on Oct. 8, I switched off my laptop and cleared my head by turning to some uplifting pursuits. The hiatus gave me more time to read, to obsessively watch rugby matches from abroad, to continue learning Italian. I presided at my niece Kingsley’s wedding in South Carolina. I cooked. And I attended to my duties at St. Anna’s here in New Orleans. Put simply, I avoided any serious discussions about our national troubles.

Another reason I withdrew, aside from pandemic and election exhaustion, was some constructive feedback from two readers, both longtime friends. Bunny Bramson suggested that my blog look on the brighter side occasionally. I complied with an uncharacteristically optimist blog on Oct. 8, entitled “On the Other Hand.” Another friend expressed dismay at my distaste for Republicans, saying I tarred them all with too broad a brush. He argued that my blanket denunciations were unfair. He’s smart and thoughtful and he made his point well.

Those experiences left me a bit gun shy, so I muzzled myself for the rest of October and all of November. It wasn’t easy, given everything that has happened. And I wasn’t happy contemplating pulling my punches so as not to offend Republicans. I am not sure I have that level of self-control.

Now that I am ready, I hope, to re-engage let me share some thoughts about the election. I’m aghast that 74 million people voted for four more years of Donald Trump. If I try to say how aghast I am, I will get in trouble with readers who eschew stridency. So I will leave it at aghast. I figured he’d get 40 percent of the vote; that would have been dismaying enough. But he got north of 47 percent.  I sympathized with the feelings expressed by a parishioner in my highly diverse congregation, which includes many gay and lesbian members. He remarked that he felt that half the country just wanted him to go away. Even though Trump lost, the fact that so many people voted for him tells us we still have problems.

Over the past four years we have either ignored or slid backward on some moral issues that should matter to true patriots. Inequality of income and opportunity is rampant. Mass incarceration, fueled by racism and the for-profit prison industry, persists. We’ve done little or nothing to combat climate change — the existential threat to our children’s future.  What chance is there that the Biden presidency will make strides in these areas? If Republicans maintain control of the Senate, it’s hard to imagine them confronting these issues. To them, redistributing some of the bounty of our economy amounts to socialism. They back the for-profit prison industry and pride themselves for being tough on crime. And, with few exceptions, they are climate change deniers. What hope is there for change if we get a Republican majority in the Senate?

On the other hand (hear that, Bunny?), I’ve seen some hopeful signs recently. When the Trump administration sued California over its fuel economy standards — arguing they were too tough — General Motors joined the administration’s suit. Then, after the election and after GM CEO Mary Barra and President-elect Joe Biden chatted, things changed.  Barra reversed course, announcing that GM was pulling out of the suit. She also urged Toyota and Chrysler-Fiat, which had sided with GM and the Trump administration against California, to pull out, too. So far, to my knowledge, they haven’t followed GM’s example.

So there’s my dose of hopefulness. Maybe corporate America will take heed of the message sent by a majority of voters: Out with the destructive, cruel policies of the last four years; in with new leadership that promises to work purposefully and transparently for the greatest good for the greatest number. Perhaps their boards and CEOs will stop consulting the Republican talking points before making decisions. Maybe they will get serious about spreading the wealth more generously among their lower level workers. It would be good for business and good for the country at the same time. And then, I wouldn’t have to be so hard on the kind of capitalism this country showcases.

Note to readers: I want upcoming blogs to be consistent with my original intent, so I went back and re-read my first two blogs, written almost four years ago. (Links below.) They explain why I launched The Quixotic Deacon.