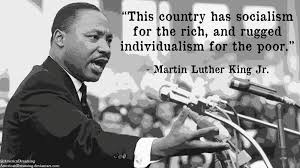 You don’t need a Ph.D. in ethno-botany from Harvard and have authored a dozen deep-think books to know that problems in our country runneth over. Being a Brainiac would help, though, if you had to boil down what ails us in one cogent essay. I couldn’t possibly do it, but I think I’ve found someone who has.

Because I’ve decried the notion of “American Exceptionalism” for years, I was drawn to a not-so-short essay in Rolling Stone by Wade Davis. He successfully makes the case I’ve spasmodically tried to make. Here’s the link to the essay:

The piece was sent to me by a friend, Jerry Galasso. Jerry often directs me to thought-provoking writing, and he’s usually spot on in his analysis. After reading the Rolling Stone piece, I commented that it should be required pre-election reading for every voter.  Alas, few will read it. And, alas, the people who most need to read it probably won’t even consider it. They will discard it as thousands of words of leftist, unpatriotic garbage.

But please: If you read only one thing about the state of our nation in 2020, read Davis’s piece. In exchange, I gladly absolve you of any guilt you feel for not reading one more word of this blog. The Quixotic Deacon ain’t proud. Nor is he a writer of Wade Davis’s caliber.

Early in the essay, Davis writes about the post-World War II economy and its domination by the U.S.

Such economic dominance birthed a vibrant middle class, a trade union movement that allowed a single breadwinner with limited education to own a home and a car, support a family, and send his kids to good schools. It was not by any means a perfect world but affluence allowed for a truce between labor and capital, a reciprocity of opportunity in a time of rapid growth and declining income inequality, marked by high tax rates for the wealthy, who were by no means the only beneficiaries of the golden age of American capitalism.

What was happening then, which now must seem like an economic promised land aborning, was gradually flipped on its head, and Davis adroitly explains how it happened. (I’m tempted to quote broad swaths of his essay, but I’m counting on you to actually sit down and read it.)

Let me at least share my take on Davis’s thesis. It is encapsulated in this single sentence: As they stare in the mirror and perceive only the myth of their exceptionalism, Americans remain almost bizarrely incapable of seeing what has actually become of their country.

We glory in our exceptionalism, which is rooted in individualism. We have become incapable of imagining what we could create if we adopted some notion of the common good. As we pound our chests about our “exceptionalism,” we ignore the chasm of inequality that corrodes our common life.  While we rail against godless socialism, we make a mockery of both God and a properly ordered society.

What brought us to this distressing juncture? I believe we got here because of our craven love for money — an affliction otherwise known as greed. We are not unique among societies in this regard. But we have developed it into Randian cult that is going to tear us apart. It is impossible to separate greed from the notion that the opportunity to generate profits and become richer than your neighbor has become the core of the American dream. You cannot separate the weapons industry’s lust for profits from our country’s militarism or the gun culture on our streets. You can’t separate the fossil fuel industry’s thirst for maximum profits from our suicidal ignorance of climate change. You cannot separate the scheming of a hedge-funder or banker to have an annual income measured in tens of millions of dollars from the disastrous effects of the Great Recession of 2008. You cannot separate our cozy relationship with the Saudis from our desire to make money together, despite our extreme philosophical and religious differences. Those differences (the support of radical Islam, the subjugation of women, the murder of political dissidents, for example) are easily brushed aside. What matters much more is our quest for ever-fatter profits from selling missiles to the Saudis or jointly developing more sources of fossil fuels.

Indulge me in a final quote from the Wade Davis essay:

Asked what he thought of Western civilization, Mahatma Gandhi famously replied, “I think that would be a good idea.” Such a remark may seem cruel, but it accurately reflects the view of America today as seen from the perspective of any modern social democracy.

Before signing off, I have to turn down a sideroad. While I ponder Wade Davis’s thesis and applaud it, I am working hard to avoid hearing or seeing anything about the Republican National Convention. I’ll quickly confess that this goes against a lifelong belief in being well-informed. However, the profound  anxiety and deep sadness I would feel if I collided head-on with the messages coming out of the convention makes it imperative that I avoid even casual contact. It is a matter of maintaining my mental health.

Final word. Please read the essay if you haven’t already.

Escapism in the Defense of Sanity is No Vice