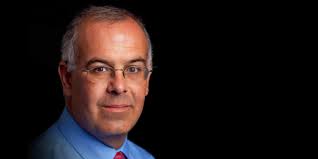 David Brooks, an Op-Ed columnist for The New York Times, is an erudite and thoughtful public intellectual admired by many readers, me among them. But I was dismayed when I read his Feb. 26 column, which was entitled “An Agenda for Moderates.”

Tribe, he says, is divisive: “ ‘Our’ kind of people are under threat from ‘their’ kind of people. We need to erect walls, build barriers and fight. The earlier American nationalism was about frontier; this is about the fortress. Tribalism is a magnetic idea that has mobilized people from time immemorial.”

Thus, Brooks holds up the left and the right (read Democrats and Republicans) and says each has a motivating message to share. And the point he is making is that moderation is the path we must take — not either of the messages of left and right.  Aside from my belief that moderation is too weak a tonic for what ails us, I have another problem with Brooks’ thinking. He treats tribalism and social justice as sort of equivalents — mere political strategies of two opposing political parties with no moral dimension. But can any reasonable person argue that tribalism as a motivator is morally equivalent to social justice as a motivator?

Brooks seems so committed to being bipartisan that he overlooks this false equivalency. For many political writers who try to be determinedly bipartisan in their reporting, these are challenging times because one side of the political divide is, as Brooks says, Trumpian. So, in order to be pure and bipartisan, writers like Brooks have to be respectful to those who buy into Trump’s twisted brand of populism/tribalism. And that leads them to make such false equivalencies.

“So a lot of us reject these two ideas. A lot of us don’t want to live in a war society, whether it’s a tribal war or a class war. If the 2020 choice is between Donald Trump and a Democrat who supports the Green New Deal, I’d vote for any moderate alternative.”

This paragraph is stunning coming from the pen of someone as thoughtful and intelligent as Brooks. He holds up tribalism and social justice and rejects both. He calls the struggle for social justice class warfare, an old Republican trope. It makes me wonder if he would be uncomfortable discussing the issue of income inequality since that might seem like class warfare. He is essentially saying that Trump and, for instance, Elizabeth Warren are equivalent — equally destructive to our democracy.

Shocking enough, but the next sentence is the real problem.  Brooks specifically says that Donald Trump and a Democrat who supports the Green New Deal are equally unworthy of his support. He alleges that it is not moderate to be for a Green New Deal. He says, in essence, that being committed to action to combat climate change in the form of a specific plan called the Green New Deal makes one the equivalent of Donald Trump, and this is his second — and much more distressing — false equivalency.

Mr. Brooks goes on to advocate moderation as the best way forward based on the biblical commandment to love thy neighbor. I applaud that sentiment but I wonder why he doesn’t mention global warming in the paragraphs that follow. Must we be silent on this looming crisis in order to be moderate enough to suit David Brooks? He seems to be saying so but I cannot believe he means it.

I am not sure my conscience will let me be as moderate as Mr. Brooks wants me to be.