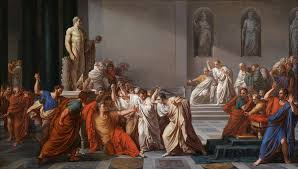 As the Quixotic Deacon travels further into the maw of Lent and his annual struggle to observe the season in a holy fashion, some rather non-Lenten thoughts have bubbled up. Herewith:

In late February a worldwide convocation of Methodist leaders, both lay and clergy, voted to reaffirm the church’s ban on same sex marriage and LGBTQ clergy. They also affirmed the penalties for disobedience. The decision effectively splits the denomination and possibly will spawn a new denomination: sincere Methodists who already are being ministered to by LGBTQ clergy and who will affirm same sex unions.

Why did the Methodists split? One reason is the nature of the decision-making body. It was made up of around 1,000 delegates from all over the world. Among them were two groups that, according to conventional wisdom, would favor continuing the ban on same sex unions and LGBTQ clergy. The two groups: conservatives from North America and elsewhere and delegates from the Third World where, in many cases, homosexuality is still criminalized. Those groups carried the day for the conservative side. Had our Episcopal General Convention been composed of delegates from the worldwide Anglican Communion when it considered a similar resolution some years ago, the vote might very well have gone the way of the Methodists’.  Fortunately we are organized differently so our decision was different.

The Episcopal Church that I love welcomes all Christians without regard to sexuality. We encourage the sacraments of marriage and ordination for all comers, provided they meet the church’s requirements for receiving those sacraments. While it is far from easy to be ordained in the Episcopal Church, one is not disqualified by one’s sexuality. Likewise, the gender of the couple presenting themselves to be married is not, in and of itself, disqualifying. We are enriched immensely by the full diversity of human beings in our communities. Do I criticize Christians whose reading of Scripture causes them to shun those whose sexuality is different from their own? No I don’t. ( However, when you “hate the sin but love the sinner” that is shunning in my book.) Where each of us comes down on this issue, I think, has a lot to do with whether we view alternative lifestyles as a choice. Do people choose their sexuality at some point in their childhood or adolescence or are they innately disposed to one path or another? Everything I have learned or absorbed through experience in my more than 68 years on this earth tells me that homosexuality is not a choice. And even if it were, Jesus’ commandment to love our neighbor makes the issue of one’s sexuality irrelevant. So I expect a great many Methodist churches to have a very trying few years ahead as they struggle to remain faithful to Methodism while loving their neighbor — all of them.

The new and outspoken congresswoman from Minnesota represents an urban district with large concentrations of Somali-Americans and Jews. As the whole world knows, she recently became the target of intense criticism through some injudicious remarks made about AIPAC — The American Israel Public Affairs Committee. The link below from The Washington Post outlines the uproar.

Rep. Omar touched a third rail of U.S. politics — support for Israel. And she is a Muslim, thus rendering her comments triply offensive to many. So we shouldn’t be surprised that so many politicians, both Democrats and Republicans, jumped all over her to demonstrate their pro-Israel bona fides. Truly a knee-jerk reaction. And, of course, our No. 1 knee-jerker immediately called for her resignation. So I feel compelled to say a few things in Rep. Omar’s defense.

I fear that the 2020 elections may drive me toward abandoning our system of government, at least as it’s practiced as a two-party system. The choice that we have is binary — Republican or Democrat — and it’s not enough choice to suit me.

Here is the situation as I see it during Lent of 2019.  On one side you have Republicans. They are, in my personal opinion, a party of sycophants willing to support an amoral buffoon simply because he can fool 35-40 percent of the nation into following him, like the Pied Piper of Hamelin. For that reason alone, they’re not an option. And I think the majority may share that opinion.

Then you have the Democrats who are about to split into many factions. Here’s how I would label them:

If we were in Israel or the United Kingdom, the Democratic Socialists would be a limb separate from the other two branches of the Democratic tree. But our two-party system forces the three branches to coalesce into one for the general election. For me, it means my vote probably will go to a Democratic candidate I’m not excited about.

This is why I yearn for parliamentary democracy. In such a system there are multiple parties who put forward candidates for office in each district. If I lived in the New Orleans district, my member of parliament might be from one of several parties as in the UK or Israel or Germany. Then the party with the majority gets to name the Prime Minister who is, sort of, like our President except that she can be recalled through a vote of no confidence. So it tends to be a bit more bumpy a ride for a prime minister than for a four-year president. But with a parliamentary system, the chances of electing an exciting leader would be far greater than in our current two-party system.

Now, let me state the obvious. With a two-party system, a “far left” candidate probably could not win a national election. And sadly, Bernie and Elizabeth (or someone like them) will be considered “far left” by most people, my opinion  notwithstanding. So all the adults I know are telling me to get realistic and get excited about Joe Biden.

Maybe I will but not yet.