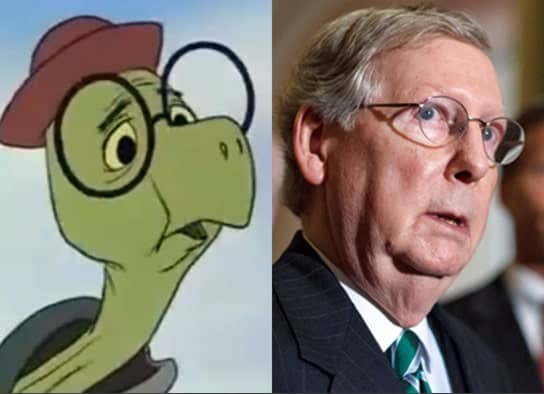 While I know, dear reader, that you were not expecting to hear those words from this scribe, it seemed to me high time that I express my profound admiration for that proud protector of American exceptionalism – the card carrying Republican voter.  So, fellow quixotic pessimist, pardon me while I address myself directly to those brave winners and job creators that lead our nation under the banner of the Republican Party.

What a year you have had! You have stridden across the political arena of the nation going from victory to victory and reshaping our political landscape in such visionary ways. It has been an impressive display of sheer dynamism. I guess I must start out by saying, great work on the Presidency. Finally, after 8 years of Obama, you have given us a President we can all admire.  His high-mindedness and honesty is an inspiration to millions. His intellect and knowledge of the world is unparalleled. After having to endure the Obama family for eight years, how great is it to have a first family like the Trumps. Wow, you must be proud.

And you must be bursting with pride at how you’ve support our nation’s CEO (I know you guys like business jargon, so I threw that in to let you know that I care for you). Nothing says more about a party than its cohesiveness in the face of attack. When the CEO alleged massive voter fraud in the election and threatened to launch an investigation, you stood by him. When the CEO alleged that the feckless Obama has ordered his Trump Tower aerie to be wire tapped, you stood by him. This showed courage. Bravo!  Your leaders, the handsome Mitch and the boyish Paul have been right there by the side of the CEO as if they were co-Lead Directors of the Board.  Even when it caused them to risk their lofty reputations, they were loyal. What a team!

But I shouldn’t single out Directors Mitch and Paul when the rest of the Board has been so stellar. Who has worked harder to protect our extraction industries from scourge of climate science than Director Pruitt? Who has done more to promote our for-profit prisons than the aptly named Jefferson Beauregard Sessions? He was eerily prescient on the campaign trail when he led the “lock her up” chants alongside brave General Flynn. The Board is really a pantheon of manly men, and a few well-connected women.  You guys rule!

And now as I write these richly deserved words of praise and congratulations, you “givers” (as opposed to “takers”) are poised for yet another audacious victory over the forces of socialistic sloth. You guys have America’s back and thank God you do.  Later this week you are poised to make us proud to be Americans one more time. I refer, of course, to the brand spanking new Senate health care bill shimmering in the summer sun. What a powerful defense of American Exceptionalism this will be if the Socialists don’t prevent its passage. In one fell swoop you will send a message to the slackers that there will be no more free Medicaid rides for them! Those old people faking Alzheimer’s so that they can rest in nursing homes on the government dime will finally get their comeuppance. Those single mothers working 2 jobs to feed their kids will finally get the memo – no more free medical care!  But wait………….there’s more.

Our heroes on the Board have coupled this gift to America with something even more wonderful! Our job creators (that 1/10 of one percent of the population who are our very soul as a nation) are FINALLY going to get the thanks they so richly (no pun intended) deserve. Yes, they are going to get a great big tax cut on all their investment income. What a genius it must have taken to create this double gift to America – a well deserved kick in the teeth for the poor combined with a warm French kiss for the wealthy. What a great country we have!  And we couldn’t have done it without you – our Republicans, our Board of Directors, our men of action and courage. Thank you. Thank you. Thank you.

Cuba – Will We Never Learn?