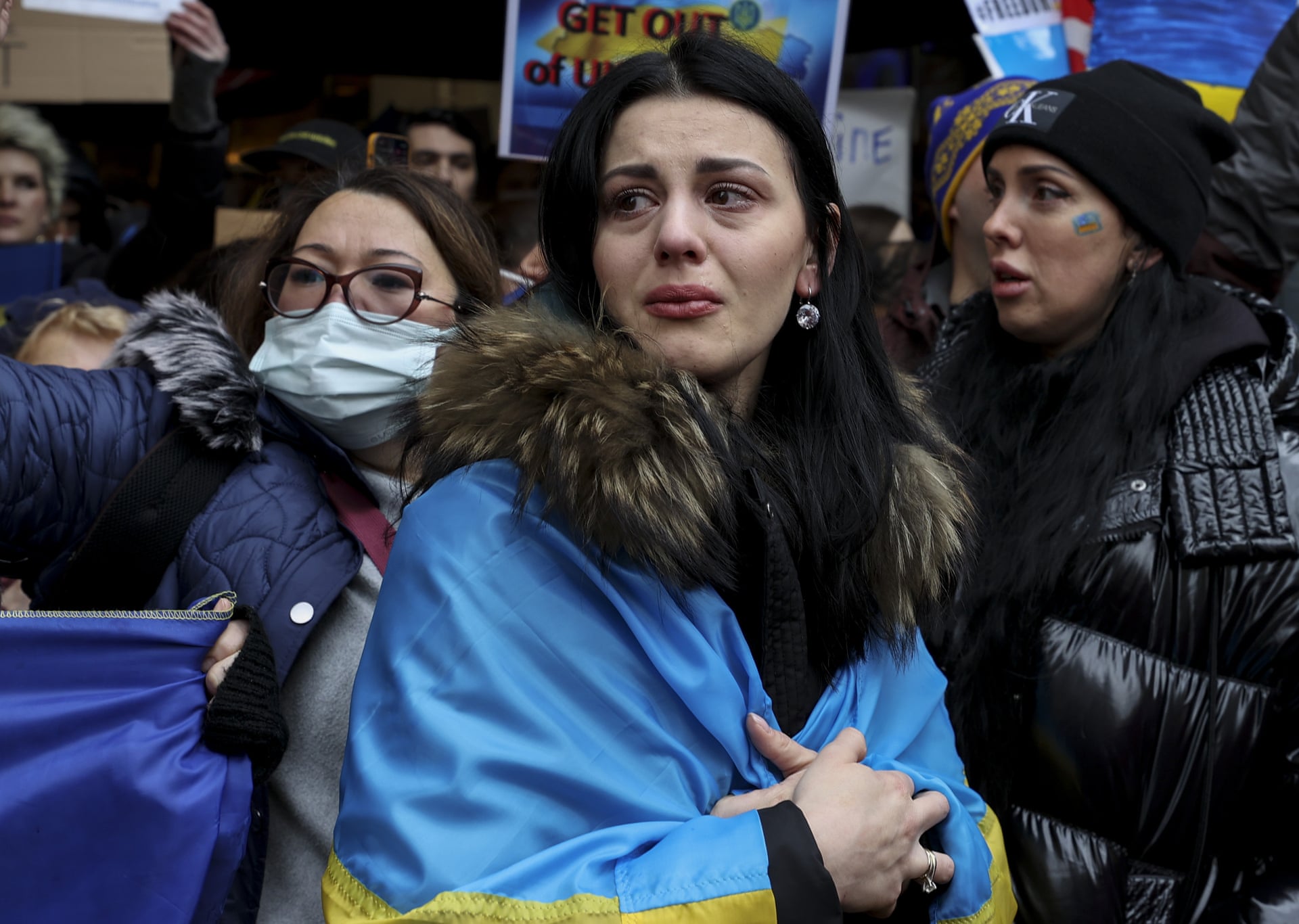 Hundreds of millions of people around the world are watching in horror as Putin’s invading hordes try to subdue Ukraine and render it a non-state. Most of them, I venture, feel as I do — overcome with a mix of sadness and anger. How can our country, which boasts democratic ideals backed up by the largest, most powerful military force in history, not do more to stop an evil autocrat who is slaughtering Ukrainian men, women, and children and destroying their country?

The short answer: We’re afraid of launching World War III and a possible nuclear response from Russia. I get that. It’s an outcome that the U.S., our allies — and Russia, too — should fear.

But does that mean we can’t do more to inflict pain on Russia? Certainly not. Indeed,  a consensus seems to be building for delivering a body blow to Russia’s already enfeebled economy: Embargo its sales of oil and gas to entities in the U.S., and persuade our allies to do the same. Should we take this step? My guess is that most Americans would shout yes. But our government says no — so far.

The Quixotic Deacon believes an embargo on Russian oil should be imposed, and quickly. Why?

So why haven’t we declared an embargo? I’m not the only American wondering.  It’s on the lips of many these days. The biggest reason seems to be purely political. An embargo would increase already high gas prices in the U.S. in an election year, along with the cost of goods and services whose prices are affected by the price of oil. The public would blame the Biden administration. And, God forbid, it might cause the Democrats to lose in 2022 and, perhaps, 2024.

Well, I am sorry to say it, but that’s not a good enough reason to shrink from the moral imperative that confronts us. Short of recklessness that could trigger a nuclear exchange, we must pull every lever available to us if that’s what it takes to stop Putin.

The White House could cure its squeamishness over political blowback if Biden and his team resolve to persuade Americans that an embargo is the right thing to do, not only for Ukraine but to preserve other democracies. Higher energy prices be damned!

The president’s rising poll numbers suggest that Americans support actions BIden has already taken against Russia. He should ride that wave, mounting a full-fledged campaign to bolster Americans’ loathing of Putin, but also pounding home the fact that bold action is more effective than tough talk — even if that action pushes gas prices higher. True, Biden’s ability to sway the public with rhetoric has been underwhelming, as evidenced by the withering of much of his domestic agenda. But with Ukraine he has some advantages: He has the world’s loudest bully pulpit. He can remind Americans that he played a key role in assembling a potent European alliance. The evil we oppose is uncomplicated; it is good versus evil pure and simple, unlike some other complex issues whose vagaries get in the way of bold action. It’s also true that many Americans — the more macho among us — like the idea of kicking bad guys’ butts, especially bad guys who kill women and children. In the end, the upcoming elections won’t be a problem for Biden if he can make Americans believe that we still have conscience enough and grit enough to put up with some discomfort in service of democratic ideals.

Biden’s message should be two-pronged:

The message of shared sacrifice must be heard from the White House loud and clear. It’s not too much to ask of the American public. It would not surprise me to find that the majority of our citizens actually support such a move.

An embargo on Russian oil should happen and happen now. In fact, I hope it does happen before I am able to publish this blog.

Addendum: Since I am a quixotic thinker praying for unlikely solutions to big problems, let me leave you with this thought. Guess who is going to benefit from this war? There are two industries poised to reap greater profits for their shareholders and executives — Big Oil and defense contractors. It was they who profited from the Iraq war earlier this century. Why not tax their increased profits to pay for subsidizing gas needed by the working poor? Why should the notion of shared sacrifice not apply to corporations which, thanks to the Citizens United decision, are deemed to be “people”in the eyes of the law?

The Plutocratic States of America