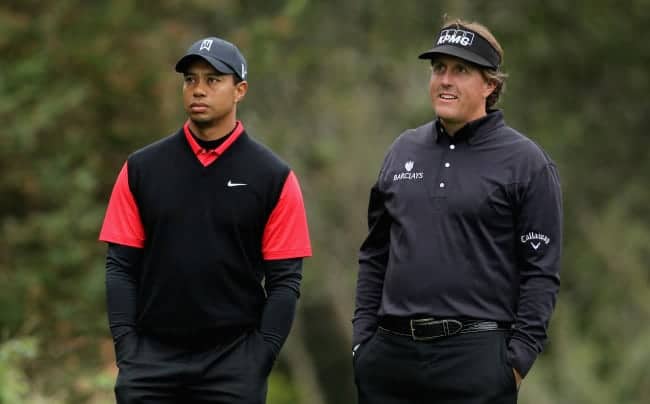 Regular readers might recall that I’m not a fan of the PGA, the men’s professional golf organization. I prefer the more modest LPGA, partly because I resent the fact that women earn 5-6 times less prize money per week than the men. It’s been years since I watched a men’s golf tournament and that includes the majors. I will not patronize a sport that looks past this inequity.

Some recent PGA news reminded me of a piece I wrote nearly four years ago entitled “Wretched Excess: The Match in Las Vegas and the PGA.” Here’s a link:

At the time, I felt the PGA had conspicuously and shamelessly taken crassness to a new zenith by glorifying two guys more deserving of scorn  —  Phil Mickelson and Tiger Woods. I wondered if the PGA, having embarrassed itself so completely, might come to its senses and regret the big payouts. Maybe, in hindsight, the PGA would realize the vulgarity of throwing millions at Woods and Mickelson, if only because they no longer were the real stars of the tour. They were has-beens.

But oh my, was I ever wrong!

Last week a headline above a small article in the Times-Picayune (New Orleans’ local newspaper) caught my eye, taking me away momentarily from the horror in Ukraine unfolding on CNN.

The masochist in me won out over the Bhuddist and I leapt to read the full article.

I learned that the PGA, in its rush to make its multi-millionaire players even fatter cats, has instituted a bonus program that measures players’ popularity and rewards them accordingly. It’s called the Player Impact Program (PIP). This year’s top prize went to Woods, who didn’t play most of the year after barreling down a curvy road in Southern California, wrecking his SUV, and severely injuring both legs. Woods, almost a billionaire with a net worth estimated at almost $800 million last year, received an $8 million bonus.

What did he do to deserve  another $8 million? Nothing at all.

The PGA, which obviously saw things differently, doled out the largesse after rating pro golfers against five criteria, none of which have a single thing to do with prowess on the links:

These criteria remind me of an old adage — a favorite of my wife: “Fools’ names like fools’ faces are often found in public places”.

So the PGA rewarded almost-billionaire Woods with an $8 million tip in a year when reckless driving sidelined him. He got the money because of his celebrity status — tarnished and faded though it is. It had nothing to do with his performance on the tour. Let that sink in.

The second-place prize — $6 million — went to the almost universally despised Phil Mickelson, the same Phil Mickelson who tried last year to start a rival tour that would outpay the PGA. The endeavor didn’t work out because Mickelson got caught bad-mouthing his Saudi benefactors. Now he’s “taking some time off.” He can easily afford the hiatus, thanks to a net worth of about $420 million — not an insignificant nest egg even if it leaves him way short of billionaire status.

I don’t think either of these guys was ever a role model, not the kind of role models many great athletes become after stellar — and unblemished — careers.  I made that case in August 2018 in my aforementioned blog. The PGA, though, apparently thinks having highly recognizable names, even if tarnished, is enough to elevate Woods and Mickelson to role model status meriting huge payoffs. It’s obscene, and the PGA should be ashamed.

Oh, I almost forgot. The PGA also doled out $3-$3.5 million to seven other pros for ranking in the top 10 in its PIP popularity contest. All already have $100 million-plus net worths.

While the PGA has no monopoly on pampered, overpaid sports stars, they are singularly proficient at aggressively throwing more and more money at a few disgraced former stars who no longer merit anyone’s admiration.