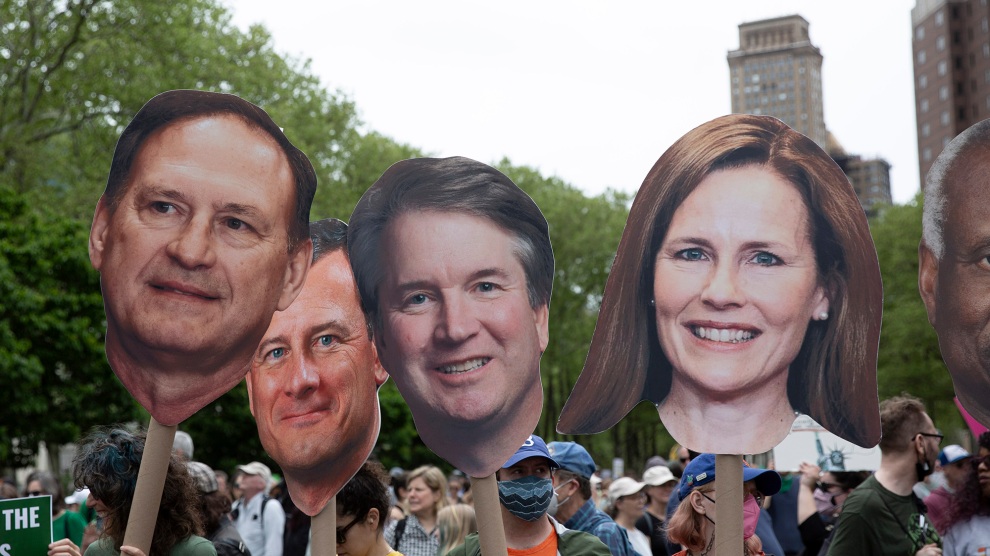 I read lots of commentary last week after the U.S. Supreme Court overturned Roe v. Wade. Much of it delved into academic/legal arguments about the correctness of the Dobbs v. Jackson Women’s Health decision, including Justice Clarence Thomas’ supporting opinion on the reversal of  Roe.

Thomas’ opinion seems to rest on his interpretation of the Due Process Clause of the Constitution. It is a dry, legalistic argument that I am absolutely not qualified to critique. Justice Kavanaugh, for his part, goes to lengths to emphasize that the decision does not presage a reversal of other decisions on access to birth control,  same-sex marriage, or consensual sex between two people of the same gender. He avers that this decision is unique, applying uniquely to the act of abortion. Commentators on the pro-choice side tend to lament the court’s abandonment of precedent established by Roe and the its departure from the juridical principle of stare decisis — “to stand by things decided.”

Other decisions handed down by the court last week prompted almost the same amount of commentary as the slicing and dicing that followed Dobbs. Two stand out in my mind: one gutting New York state’s right to regulate who can carry a weapon in public (New York State Rifle and Pistol Association Inc. v. Buren) and another that strips the EPA of its authority to regulate greenhouse gas emissions from power plants (West Virginia v. The Environmental Protection Agency).

You can drive yourself crazy reading commentary on controversial Supreme Court’s decisions. I did. But unless you like wallowing in the arcane parsing of legal minutiae, I suggest you think about the larger question arising from decisions like these: Does it really matter how a majority of Americans feel about important issues?  In the case of the last week’s decisions, clear public support for a) the right of a woman to have an abortion; b) the right of a state to regulate gun-carrying in public; and c) the right of the EPA to regulate greenhouse emissions, didn’t make any difference.

The court went against public opinion as expressed in numerous polls over the years on all three issues. It happened because of a relatively new reality: the court of public opinion doesn’t matter one iota when another court — the one that has the final say — is controlled by ideologues as the Supreme Court is today. Not to say, mind you, that public opinion polls should decide the right of a woman to have abortions, the right of a state to regulate who carries a gun in public, or the right of the state to limit greenhouse gas emissions. Jurisprudence properly applied makes society less subject to sometimes fickle shifts in public opinion.

Yet the idea that the country’s governing principles reflect the majority of its people — and that the principles that endure best are those that evolve with the times — has become a fiction in 21st century America. The three Supreme Court decisions are the work of a minority composed of MAGA folks, white evangelical Christians, and the wealthy libertarian club (think Kochs, Federalist Society, Heritage Foundation, etc.) Think it through.

Consider a few recent cases when a minority — sometimes a single power-hungry politician — thwarted outcomes supported by a majority.

In all three cases, interest groups that constitute a minority of U.S. citizens succeeded in shaping domestic policy in an unprecedented way. You see their influence not just in abortion rights, gun policy and environmental regulations but also with Supreme Court nominees, voting rights laws and immigration policy.

We’ve always had right-wing crazies amongst us, so what’s different today from, say, 50 years ago? You know what: One of our two political parties is animated by a cult of personality instead of adherence to constitutional principles. The Republican Party’s rush to the extreme right is not just a harmless pendulum swing. It is a blunt instrument that thwarts the will of the majority, which would allow for abortion under some circumstances, passage of common-sense gun laws, and real action on climate change.

We who lament America’s tilt to far-right extremism seem to have only one refrain: Vote ‘em out!  But we live in a country with an Electoral College that favors rural states. We allow massively gerrymandered congressional districts.  We give back to the states the power to make profoundly important societal decisions that will result in a hodge-podge of confusing policies that differ from one state to the next. So, change through the ballot box isn’t an easy ask or a quick fix.

The necessity for creative, inspiring new leadership for the Democratic Party nationally is glaringly obvious. It boggles my mind that people actually debate whether or not Joe Biden should run for a second term! He is a sure loser in 2024. Putting him forward for re-election would be almost treasonous. He is too old, my friends. Democrats desperately need to find someone credible and charismatic to lead the party. I don’t know who that person is but she/he is the key to a return to majority rule for this dysfunctional democracy.