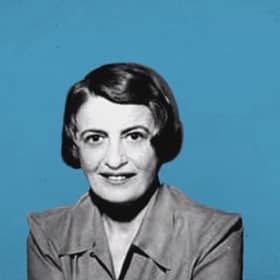 Personal note: I wrote this piece the first week of Lent right after Ash Wednesday. Lots has happened since then, but I don’t think anything that has transpired would change my thoughts on this subject.

Is not this the fast that I choose: to loose the bonds of injustice,
to undo the thongs of the yoke, to let the oppressed go free,
and to break every yoke?
Is it not to share your bread with the hungry,
and bring the homeless poor into your house;
when you see the naked, to cover them,
and not to hide yourself from your own kin?
Then your light shall break forth like the dawn,
and your healing shall spring up quickly;
your vindicator shall go before you,
the glory of the LORD shall be your rearguard.
Then you shall call, and the LORD will answer;
you shall cry for help, and he will say, Here I am.
Isaiah 58: 6-9

In this passage from the Ash Wednesday liturgy, the prophet Isaiah describes for us a “proper” fast. You will note that it prescribes action on behalf of the poor and oppressed rather than controlling one’s intake of food or other such inwardly focused things. This prescription is hardly one that is restricted to Lent. Isaiah and the other prophets from Elijah in the 9th century BCE through Malachi in the 5th century BCE relentlessly called on the Jewish people to work for justice, to welcome the stranger, and to succor the poor. Jesus throughout his ministry preached the same message. Matthew 25 is probably the most famous example of this.

It seems to me that we, as a nation, have ceased to believe that Isaiah’s advice has merit. Our top legislative leader – House Speaker Paul Ryan, the former altar boy and reportedly devout Roman Catholic – seems to me to be more of a disciple of Ayn Rand than Jesus Christ. Mr. Ryan, who once proudly associated himself with Rand now tries to play down his allegiance. If this surprises you, then you haven’t been paying attention to Mr. Ryan. He talks a good Catholic game and seems to have a compassionate bone in his body. Here is what he said in a speech at Benedictine College in October of 2015. “After I was elected to Congress, I began to wrestle with many issues – both as a representative and as a Catholic. And as I wrestled with my views, I noticed two themes in my beliefs-both of which come from Catholic social teaching: solidarity and subsidiarity.”

Sounds fine, right? But with whom is Ryan in solidarity? The evidence is pretty clear that one group he supports consistently is the really rich. The recent healthcare bill that he successfully championed was actually a giant tax cut for the very wealthy (a reduction of 3% on the tax on investment income – that is a $30,000 cut for someone who has $1,000,000 in investment, not earned, income). And it was coupled with reduced healthcare security for the poorer Americans.  So he is in solidarity, first of all, with the wealthy. He also champions large increases in military spending; so he is also in solidarity with the military-industrial complex. And, of course, he is in solidarity with President Trump which means he is a proponent of braggadocio, lying, and bullying. And this guy wants us to believe he is a Roman Catholic? Well if he is one, he is of the non-practicing variety as evaluated by his actions.

What about his dedication to subsidiarity? What in the world does that mean? It has something to do with making decisions at the local rather than national level. Ryan seems to use this doctrine to promote federalism – let’s leave it to the states, or better yet, private charities, to take care of the poor and get the federal government out of our lives. The Conference of Catholic Bishops and many other thoughtful Catholics think he misinterprets the teaching of the church vis a vis subsidiarity and solidarity. You may take my word for this or read an article from America, the Jesuit publication. See www.americamagazine.org/issue/5143/100/what-ryan-missed.  Mr. Ryan uses the concept of solidarity to rail against those who would divide us by class – the old “class warfare” taunt of the Republican party . In Ryan’s world the very rich show their solidarity with the poor by giving money to charity. That also serves the need for subsidiarity by relegating the fight against poverty to the most local level possible. Inequality of income and opportunity are, thus, not the problem of the national government. Well, every Pope since Vatican II has taken a very different stance but, of course, most of them were not disciples of Ayn Rand.

Since Ryan ran for Vice President as Mitt Romney’s running mate, he has tried to distance himself from his widely reported adoration of Ayn Rand. When he was criticized for his allegiance to Randist thinking by the Catholic Church, he quickly began to explain it away. But his actions still place him firmly in the fold of Rand – the champion of unfettered free enterprise and the virtue of selfishness. If you doubt this, you might want to peruse this article from New York magazine.
http://nymag.com/daily/intelligencer/2014/07/7-ways-paul-ryan-revealed-his-love-for-ayn-rand.html.

One wonders if Paul Ryan could have been elected to Congress if he campaigned as a Randist as opposed to a Catholic. One wonders if he could be elected if voters paid more attention to actions than words – especially pious words. So many of our elected officials govern more as Randists than as Christians.

Isaiah would still be crying in the wilderness if he returned today.

7 mins read in Sermon
Stay Connected!
Get my latest blog posts straight to your inbox!
Your information will never be shared