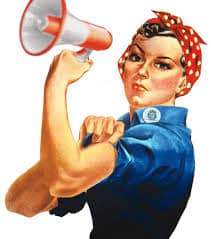 A recent trip to Europe on “LPGA business” afforded me a respite from the flood of alarming news rushing unrelentingly from the Trump White House. My time away temporarily relieved the heartburn I get from living in Trumpland but, alas, coming home and catching up on all the bad news brought on another bout of gastric distress that shows no signs of abating.

My best hope for relief are the congressional midterm elections on Nov. 6, when voters have the chance to cast out the spineless Republican majorities in the House (and maybe even the Senate) who have shirked their constitutional duty to rein in a presidency run amok.

Before I say more about the midterms, though, allow me an aside that provides further evidence of the moral bankruptcy of the Trump Administration.

Soon after I returned home, to the land that supposedly welcomes the tired, poor and huddled masses, our corpulent secretary of state announced in a speech that the number of refugees admitted to the U.S. in 2019 would be further lowered to 30,000. That is less than one-third as many as in the last year of the Obama Administration, and the refugee crisis has worsened considerably since then.

In his speech, Secretary Mike Pompeo twice referred to America as the “most generous country in the world.” He was at his pompous best trying to paper over the outright cruelty of what he was announcing. The “most generous country in the world” has simply turned its back on refugees of all sorts at a time when they are most desperate for our help. Thank Donald Trump and his weenie of a senior advisor, Stephen Miller, for this latest act of amorality.

(I wrote about this tragic and dispiriting policy a few months ago, so rather than repeating myself, here is the link to that post: https://thequixoticdeacon.com/sermon/a-sermon-for-world-refugee-week.

To learn more about the mean-spirited advice Trump gets from Miller, read this recent article from Politico: https://www.politico.com/magazine/story/2018/08/13/stephen-miller-is-an-immigration-hypocrite-i-know-because-im-his-uncle-219351. )

Back to the midterm elections. I so wish I could stop obsessing about them for the next five weeks. It is akin to the guilt I feel when thinking of Trump’s base in derogatory ways. I want to be above partisanship; better to be  cerebral and peaceful and calm. People I respect talk about rising above petty partisanship and seeing the good in everyone. HOW THE HELL DO THEY DO IT?  So I am just going to come out and say it: I am terrified that the Republicans might win the midterms. I am wracked with fear because I have no confidence in the wisdom of our electorate. The 2016 presidential election proved that our electorate is capable of putting an obnoxious know-nothing in the highest office in the land, and doing so gleefully.

Furthermore, the party that reluctantly nominated him has now become the very image of him. How can one remain calm and contemplative while the country takes such a dismal turn?

So what pulls me back from utter despair?  In three words, a quixotic dream. I dream that this country’s voters, those who haven’t sold their souls to Trump a la Sen. Lindsey Graham, are weary of watching old white men in dark suits and red ties make fools of our nation on the world stage. In my dream, millions of people wake up and say to themselves, “Maybe it’s time to give women a try at running this country. Maybe it’s time for a change of scenery on Capitol Hill and in our state houses; fewer old white men in dark suits and more spunky women who are not beholden to anybody, especially not the NRA, defense contractors, Big Oil, Big Pharma, and big banks.

I realize that plenty of Trumpian women are eager to carry water for the Republicans. And they can do every bit as much damage as Republican men have.  Take, for example, the head of Homeland Security. Kirstjen Nielsen certainly seems to relish treating immigrants like criminals every bit as much as her predecessor Gen. John Kelly did. (Trump rewarded Kelly by naming him chief of staff at the White House.) So, simply dreaming about more women in elected offices is not enough. They have to be the right women.

And what kind of woman is that?

It is a woman who rejects our macho culture. It is a woman who could never vote for a sexual predator for high office no matter what he espoused as policies. It is a woman who thinks of the kind of world future generations deserve to inherit and, thus, fights resolutely for sound environmental policies to the protect the planet. It is a woman who cares deeply for children — even immigrant and refugee children. It is a woman who is tired of seeing other women paid less than their male counterparts because of their gender;  who dares to question our addiction to massive military spending; who questions why so many of her sisters work full-time as housekeepers, home health aides, retail clerks, and similar “service jobs;” yet still live in poverty and who demands change from a society in which wealth accumulation is so skewed to the very top while tens of millions live in poverty.

Note that I didn’t say “a woman who is a Democrat.”  I merely described values that I believe many women share.  I confess that the woman I described may have a tiny chip on her shoulder after living her life in a male-dominated culture. So, taking my quixotic dream further, I earnestly hope that such women will run for office and get the support of other women who recoil at what this country has become.  What a quixotic dream come true it would be if a wave of women storms the polls in November, puts the fear of God in those blue suits and red ties, and runs a bunch of them out of Washington and the state houses.

I know my dream is “quixotic;” political realities make it unlikely that a sea change of the magnitude described above will actually happen. But “quixotic” also means fighting the good fight despite daunting odds. I know many, many women are repulsed by Trump and his toadies, and I’m willing to bet that they’ll go to the polls en masse to oust politicians who have taken them for granted for too long. Maybe it’s presumptuous of me to speak for them because I’m not a woman. Yet, the women I know give me hope.

Why I am a Christian and Why It Matters (To Me)

15 mins read in Quixotic thoughts
Stay Connected!
Get my latest blog posts straight to your inbox!
Your information will never be shared