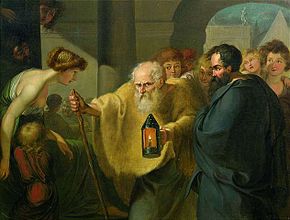 Since I wrote Manifesto #1 almost 3 weeks ago,

I’ve been struggling with how to frame the next one, Manifesto 2, which you are reading now. As my editor will tell you, I expected to finish it two weeks ago but it wasn’t that easy. I knew I wanted it to be about the environment. That is, it needed to enunciate the positions that the 2020 Democratic Party Nominee (DPN) has to adopt to garner the coveted endorsement of The Quixotic Deacon.

The single most important issue today, in the U.S. and globally, is climate change. To deserve my or your support, our next DPN must be a relentless and compelling advocate for action to prevent the looming catastrophe.

In the back of my mind was a term that I’d heard in the news — the Green New Deal. I Googled the term and found an explanation on the website of Alexandria Ocasio-Cortez, the new congresswoman who represents parts of the Bronx and Queens. (Please, before you say she’s too young, too impetuous, too foul-mouthed, too egotistical, too brash, and too leftist to be taken seriously, you need to know that despite all that, I love her —  period.) She is not a candidate for higher office at this point, nor should she be. But she should be heard because some day she may lead a large movement of young and involved voters who just might change this country for the better.

If you’d like to read more about the Green New Deal, take a look at this article from The Atlantic:

In addition, my search led me to a recent  article in The Hill by Rob Jackson, chairman of Stanford University’s Earth System Science Department and the Global Carbon Project. Here is the link:

As the title suggests, Professor Jackson lays out the practical, economics-based case for a Green New Deal. The article is a quick click away and you owe it to yourself to read it. It makes sense and it made me a little hopeful.

Forgive me for another digression, but before getting into why a 2020 DPN must get behind the idea of a Green New Deal, let me predict with 100% confidence who will archly oppose it:

Those are some of the forces arrayed against any notion of a Green New Deal, so it would be sheer idiocy for a DPN to make the idea a campaign centerpiece. Right?

Wrong because big-moneyed interests like those listed above can’t vote. Only individual people can. And according to a study by Yale University, reported in The Guardian on Jan. 24th, 72 percent of respondents said global warming was important to them while 73 percent accepted the fact that it is happening now. As a footnote, 52 percent of Republicans concur that global warming is happening while 86 percent of Democrats concur. Here’s the link:

So it seems that the majority of voters may not share the views of the anti-environmentalist groups enumerated above, which suggests there’s a chance for the right 2020 DPN to actually excite voters about a Green New Deal. No, we won’t excite all the old white men who currently run the country, but we have the power of the ballot and that can bring change.

The 2020 DPN who will attract my vote must explain, in clear and simple terms, how a Green New Deal can benefit voters economically by creating more jobs in a growing economy. Right now those voters are hearing the opposite — that being part of the Paris Accords is bad for the U.S. economy; that bringing back coal is the pathway to prosperity; that new pipelines carrying dirty shale oil from Canada to the Gulf of Mexico will power a vibrant economy. These messages must be countered, coherently and forcefully, with a powerful message of positive change. The candidate must also identify specifically those working against a Green New Deal and what motivates them — greed and right-wing ideology.  The message must elevate environmentalism and conservation to national priorities shared by millions — almost as if we’re at war for our future, because we are. A Green New Deal that creates jobs while reducing carbon emissions can be the vehicle by which we create these priorities. An inspired and visionary leader can sell this vision to voters. She/he will specifically rebut the specious arguments from the right that urge doubling down on harmful environmental policies. More oil! More coal! Less regulation!

In Manifesto 1, I said Elizabeth Warren was at the top of the field in terms of beating the drum for financial reform. But for this Manifesto concerning the Green New Deal, I simply cannot identify just one leader. Every Democrat should lead this charge. But they will not all do so with equal eloquence. We’ll see who emerges as the electoral marathons rolls on.

The Quixotic Deacon’s Quest for a 2020 Candidate: Manifesto #1