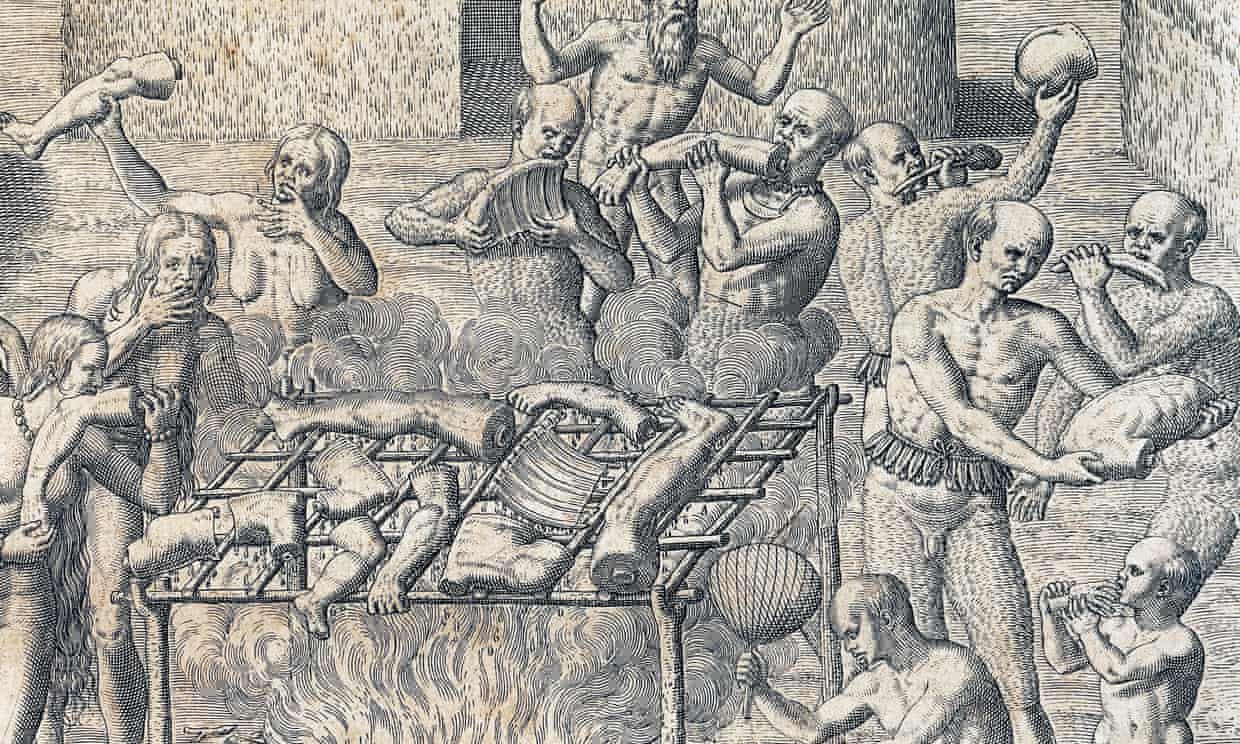 I’ve rarely come across anything more arresting than a sentence that caught my eye last week in The Guardian’s weekly environmental newsletter, Down to Earth:

Who wouldn’t read on?

I did and so should you, even if the thought of sitting down to a helping of braised Bezos or an Elon enchilada makes you gag. Have a swig of Pepto Bismol, steady yourself, and keep reading to learn how much better off we’d be with fewer billionaires.

As the article details, the morbidly rich consume an inordinate amount of the world’s resources and, in the process, emit far more than their proportionate share of CO2. As an example, the author comments on their propensity to travel on private jets:

Consumption like this has made the richest 1% of the world’s population responsible for more than twice as much carbon pollution as the poorest 50% —  3.1 billion people — in the last 25 years, according to Oxfam. And as inequality continues to grow, so will their disproportionate impact. By 2030, Oxfam predicts, the carbon footprints of the world’s richest 1% will be 30 times greater than the level compatible with the 1.5C goal of the Paris Agreement.

(N.B. Oxfam is a global organization that fights inequality to end poverty and injustice.)

One of the article’s conclusions is that solving the climate problem will be impossible without attacking the inequality problem at the same time. Adding that imperative to the already knotty environmental equation dashes any expectation of success. After all, what  government dares to say no to Earth’s richest and most powerful people? A business that buys a private jet to ferry its executives around the world without having to suffer the indignity of commercial air travel can write off the entire cost of the aircraft in one year. How does this serve the common good?

Against these realities, today’s feeble efforts to mitigate the warming of our planet come off as pathetic. The recently ballyhooed Inflation Reduction Act — ostensibly the savior of the Biden administration — did more to gladden the hearts of oil and gas investors than to encourage climate scientists. In order to get enough votes to pass the bill, the authors had to include massive new giveaways to the oil and gas industries — tax breaks and corporate welfare that will make new oil and gas exploration more lucrative, along with an aggressive opening of more federal lands for oil exploration. If you want to know the shameful details, read the portion of Sen. Bernie Sanders’s speech on the House floor that deals with Climate Change. It’s about a 3-minute read. Link below.

So count on our governments — even liberal western European governments  — not to take the steps necessary to save us from warming more than 1.5 degrees Centigrade this century. Therefore, logically, it will have to be popular movements that force us to swear off our addiction to burning  carbon.

One of the authors quoted in The Guardian newsletter — Andreas Malm, a professor of human ecology from Sweden — suggested as much.

“If governments can’t attack the most egregious instances of luxury emissions, then ordinary people will have to,” he adds. “I think the next step for that kind of activism is to go after private jets and super yachts and other monstrous machines for luxury emissions. It’s not that we’re done with SUVs, that campaign just needs to multiply and spread further and intensify. But there are more targets than SUVs.”

But how can ordinary people force change on such a scale, you might ask. Ordinary people have done what governments refused to do for all of history. Did the British relinquish India to self rule because Parliament decided it had had enough of empire? No, a popular movement led by Gandhi, Jinnah, and Nehru had a little something to do with it. Did Lyndon Johnson simply sit down and write the Civil Rights Act of 1964 out of the goodness of his heart and the excellence of his intellect? No, a popular movement ignited by Rosa Parks and led by Martin Luther King Jr. had a little something to do with it. Did women get the right to vote because of the benevolence of men? No, the suffragette movement had a little something to do with it. One could go on and on about what popular movements, properly led, have accomplished historically. In many cases the issue boiled down to fighting inequality. People resent being used while others get away with murder.

Faced with impending climate disaster, are people upset enough to protest the carbon dioxide-spewing folly of the morbidly rich? Could flying in private jets one day carry enough of a stigma to actually make people stop doing it? Why not? Think of the outrage we’ve seen over full-length mink coats or the shaming of big game hunters who kill exotic animals just so they can mount a stuffed head on a wall. Why does climate disaster not evoke similar militancy?

What today should appear as simple greed is cloaked in the justifying mantle of capitalism. You know the mantra: Trust the market to sort things out. The market knows best. If there is a demand for private jets, there will be a matching supply. That’s how the market works. Don’t mess with it.

Adam Smith’s invisible enforcer  — the marketplace — requires us to  upset the delicate balance that sustains life as we know it on Earth. An existential crisis may be on the horizon. Can we find the will to call out the greed that underlies both the degradation of our planet and the growing inequality that divides us? Will a charismatic leader rise to galvanize ordinary people to fight these outrages? If ever we needed one, this would be an opportune time for her to stand up.