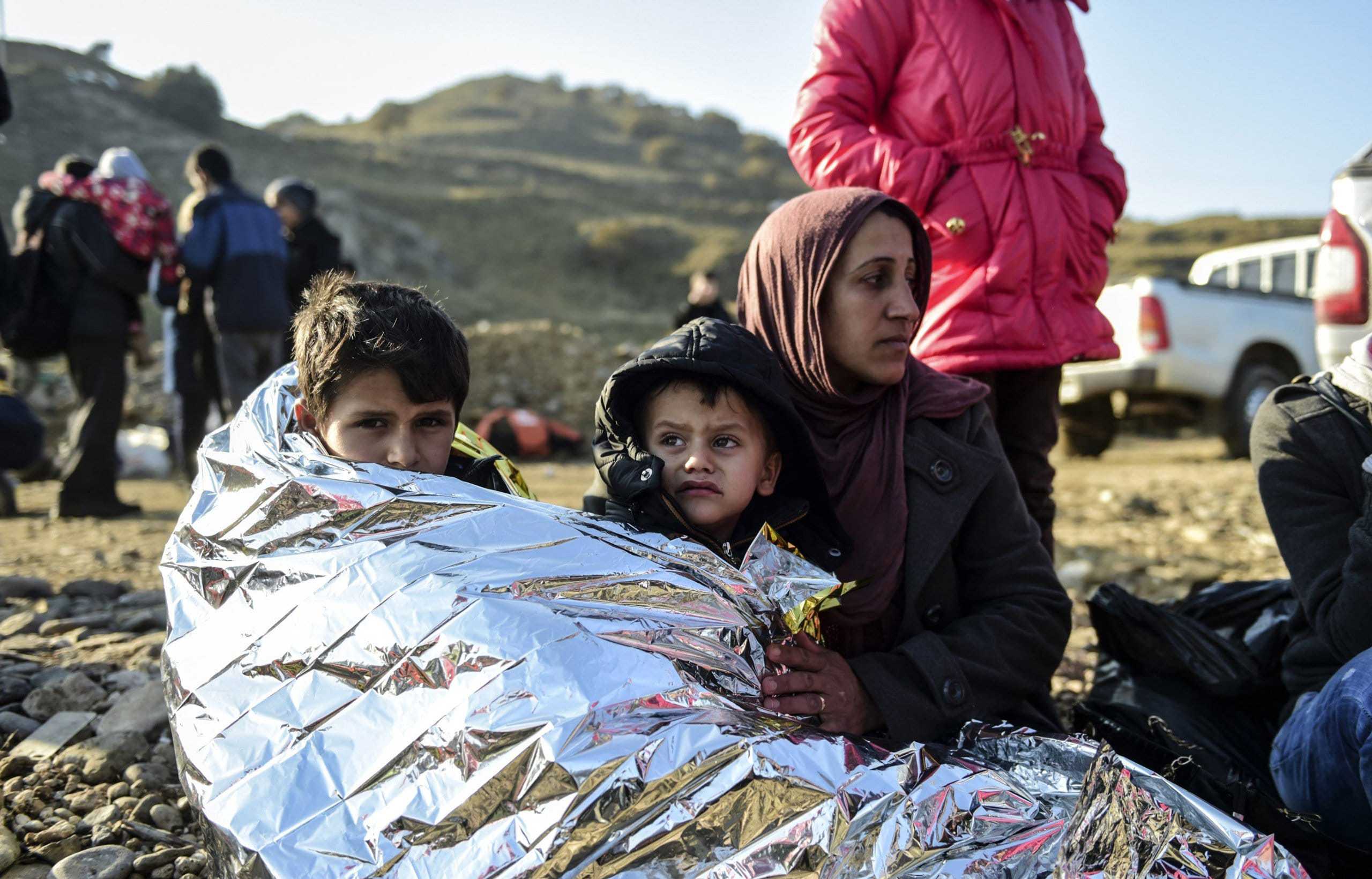 This sermon was preached on June 24, 2018 at St. John the Evangelist Church in Newport, RI.

When I was ordained almost two decades ago, Bishop Richard Grein’s charge to me was:

In the name of Jesus Christ, you are to serve all people, particularly the poor, the weak, the sick, and the lonely.

A few seconds later he said:

You are to interpret to the Church the needs, concerns, and hopes of the world.

At all times your life and teaching are to show Christ’s people that in serving the helpless, they are serving Christ himself.

Those were not my only marching orders on that spring day in 2000, but they were the ones that compel me to speak to you today on an issue about which I believe Christians should be in nearly total agreement. And that is the subject of refugees. I am not going to talk this morning about the broader issue of how our country treats immigrants. That’s a tragedy for another day. I will restrict my comments to refugees as defined by the United Nations — people who have  a) crossed an international border, b) registered with the UN, and c) requested resettlement in another country.

This is the last day of World Refugee Week. How many of you knew that the past week was designated as World Refugee Week? Well, I confess that I knew only because a friend and clergy colleague, the Rev. Michael Coburn, alerted me to it. He wrote, in part,

World Refugee Week offers us the opportunity to reflect on the American and Biblical tradition of welcoming the stranger, a moral value which has undergirded our nation’s history and embodied our deepest religious sensibilities. This week calls us to account for the tragic way in which our nation has turned its back on this essential moral value in the past year.

There simply can be no doubt that our Judeo-Christian tradition demands that we welcome the stranger in our midst. You need only know the second great commandment, Love thy neighbor as thyself, to know how we must deal with refugees. We are to love them and take action to relieve their suffering. Old Testament writings that predate Jesus’ teachings by two or three millennia are full of admonitions about how we are to treat the stranger in our midst.

But back to the here and now. We Christians are called by Fr. Coburn and many others to account for the tragic way our nation is turning its back on refugees. We are called to reflect on our Christian duty to welcome the stranger. I would add that we are called to repentance as a country for abandoning our moral values regarding refugees.

Now, a few facts are in order, and I need only deal with the Syrian refugee population to illustrate the case. The UN counts official refugees as defined earlier; again — people who have crossed an international border, registered with the UN, and requested resettlement in another country. Twenty-two million persons meet these conditions worldwide; among them are 6 million Syrians. Most are in refugee camps in Turkey, Jordan, and Lebanon. More than half are children. Germany and Sweden have taken in the most Syrian refugees — 300,000 and 100,000, respectively.  The U.S., by comparison, has cut its target for accepting refugees by more than half. We say we will admit a total of 45,000 refugees in this  year of which 10,000 could come from Syria. As of mid-April, we had admitted 44 Syrian refugees compared with 6,000 during the same 3½ -month period a year before. The Trump Administration has effectively slammed the door on Syrian refugees. Executive orders regarding enhanced vetting of refugee applicants has cut off the flow.

Refugees coming to the U.S. from any country are largely sponsored by churches and faith-based organizations.  There’s abundant evidence that we, as a country, are rather good at assimilating refugees; we are good at welcoming. But we cannot welcome refugees our government refuses to admit. Several governors have compounded the cruelty of the Trump Administration, refusing to allow any Syrian refugees to relocate in their states.  I cannot understand how a Christian or a Jew could take such a stance.

Some of you may be annoyed at me for haranguing you, in church on Sunday morning, about what some would consider a political issue. Well, it is not much of a political issue. What politician is talking about this? But it is a moral issue and our country has come down on the wrong side of it. And we should be ashamed of ourselves. While our immense power and wealth is used to meddle unsuccessfully in conflicts all over the world, we simultaneously turn our backs on the women, children and men rendered destitute and hopeless by those conflicts. And we do so even as our Western allies — all of them — step up to the plate and help Syrian refugees in numbers that dwarf ours.

So, this deacon interprets to this church — as I vowed to do almost 20 years ago — one of the critical needs of the world. At this moment of the greatest refugee crisis of our time, the world has a crying need for countries and people to welcome Syrian refugees seeking resettlement. I believe the people of our country, in great majority, want to welcome the stranger, want to succor the refugee. But those we have elected to make and enforce our laws apparently don’t share our moral vision or, worse, have no moral vision at all. Our national policy on refugees portrays us as selfish, frightened people who will stand by when millions need our help. Do you resent that? I do. And I believe that we need to talk about these things in church, on Sunday morning. Not every Sunday morning, but more than once a year.

Sometimes we ask ourselves, “What would Jesus do?“and we find it difficult to know. This is not one of those times. We know what is right.  Our inspiring presiding bishop, Michael Curry doesn’t only talk about love at royal weddings. He released a video last week concerning World Refugee Week and said it is our job to be passionately committed to helping refugees because we are followers of Jesus, followers of the way of love, and committed to human decency and kindness.

I am tempted — as you probably are — to give up and be cynical about issues like this. That is so easy. After all, what can I, alone, do about this? So I often try to put it out of my mind so I won’t be angry about it. But the hopeful, perhaps quixotic, side of me thinks that if enough people cry out for change, eventually our elected representatives must listen.  So, let’s not be cynical about this part of our Christian duty. Send an email or make a call to your representative in Congress and your senators and tell them you’re embarrassed by our policy on Syrian refugees because you’re a disciple of Christ and we don’t behave this way.

The Pardoner’s Tale (with apologies to Geoffrey Chaucer)