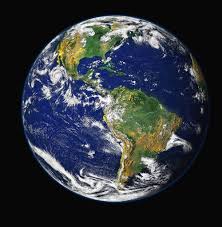 News of the past few days has whipsawed anyone who pays the slightest attention to the fight against climate change. In rapid fire, we saw headlines about three big victories for environmentalists: 1) An insurrection at  ExxonMobil’s annual meeting resulting in the election of two new board members who want the oil giant to be more environmentally friendly. 2) A ruling by a Dutch court ordering Shell to accelerate plans for carbon neutrality. 3) Key investors at Chevron demanded that the company draw up plans to address carbon neutrality. Read about it here:

The investors and the Dutch judicial system both struck blows for environmental sanity, surely a cause for celebration. Even environmental guru Bill McKibben sounded giddy in the article cited above:

“An utterly crushing day for Big Oil,” Bill McKibben, author and founder of the grassroots climate campaign 350.org, said Wednesday via Twitter. “Thanks to all who fight — you push long enough and dominoes tumble.”

Even more encouraging was that market forces — yes, those greedy capitalist stockholders I often disparage — forced change on Big Oil. Drilling for more and more oil and gas infuses the DNA of these companies; only pressure from investors, who elect members of their boards, have the power to change that. So, good on you, shareholders of ExxonMobil and Chevron!

But wouldn’t you know it? Right on the heels of the good news came some bad news. And it came from supposed environmental good guys  — the Biden administration. On May 27, the administration backed ConocoPhillips plans to drill for oil in Alaska’s North Slope — a project that had been stopped on environmental grounds by an appeals court in February.

Why did an administration that’s championed the fight against climate change do a 180, green lighting a project embraced by the Trump administration and bitterly opposed by the entire environmental community? Why would they sanction drilling in a wilderness for more of the goo that’s making our planet unliveable?

They did so because the Alaskan congressional delegation, led by Lisa Murkowski, asked them to. The administration may need crossover votes from moderate Republicans (an oxymoron?) like Murkowski to get any legislation through the Senate. So they cut a deal, which they would charitably describe as “negotiating in the spirit of bipartisanship.”

Yep, the administration gave its blessing to extracting more fossil fuel — to the detriment of the Alaskan wilderness and the Earth — in exchange for one Republican’s support on Biden’s future legislative priorities.

A Greenpeace official was quick to cry foul:

“It is a serious misstep to pass on administration authority to constrain an out-of-control oil industry while simultaneously punting to a deadlocked Congress for climate action.”

Indeed. Think of this trade-off. ConocoPhillips gets to drill for oil in the Alaskan wilderness so that it can make more money. It expects to produce 100,000 barrels of oil per day for 30 years. Burning fuel from this oil will hasten climate change, imperiling the environment at large and the very wilderness under which the oil lies. It’s a sure thing: Our sick climate will get sicker.

And what does the Biden administration get? Nothing but the hope that Lisa Murkowski might vote its way on some future legislation. Of course, her vote could be canceled out by Joe Manchin’s. The “moderate” Democratic senator — right-leaning is a more accurate descriptor — sits at the fulcrum of power in a Senate split 50-50.  So the quid pro quo is really just a bet on the come.

How can an administration that touts itself as a staunch defender of the environment encourage more extraction of fossil fuels — and worse, in an environmentally compromised area? Isn’t this environmental suicide? And don’t they know it?

Yes, they know it’s a losing bet — like giving an alcoholic another drink if he/she promises to stop drinking in the future. And yes, they know better. The International Energy Agency put it succinctly: The world’s oil and gas companies must stop drilling for oil and gas immediately if we are to avoid climate catastrophe. The warning was in a report issued 10 days ago at this writing and it’s deadly serious. Read about it here:

The Biden administration apparently thinks it’s more important to get on the good side of Lisa Murkowski than to heed the warning.  And our two-party system is proving to be, at best, a weak defender of the Earth. Both major parties crave the donations from oil and gas lobbies. Both major parties lack the creativity to come up with jobs plans to help people facing layoffs if we stopped fossil fuel extraction entirely. And, of course, the party that’s owned by the oil and gas giants doesn’t even take climate change seriously.

The Biden administration should be chastened by it’s failure on the North Slope  and should stiffen its spine and resolve. No horse-trading next time. But I for one am not optimistic as long as the administration is willing to use the environment as a bargaining chit in their dealings with intransigent Republicans.

Author’s Note: If any of you readers are tempted to shrug this off as not all that significant, please take 6 minutes to read or reread my blog from August 2019 entitled Thoughts on Warming. Here is the link:  https://thequixoticdeacon.com/ranting/thoughts-on-warming/.

Plastics and Other Bad Stuff

9 mins read in Ranting
Stay Connected!
Get my latest blog posts straight to your inbox!
Your information will never be shared