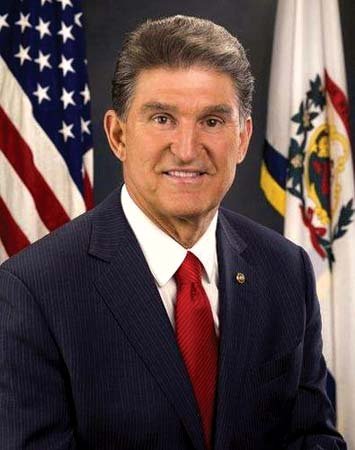 As I contemplated the upcoming United Nation’s COP 26 Conference in Glasgow while being bombarded with stories about the most powerful man in the world — faux Democrat Joe Manchin — the two stories merged in my mind. Pondering whether Sen. Manchin was really the Antichrist took me back to the halcyon days of 2020.

In April 2020, early in the Covid-19 pandemic, I wrote a blog entitled The Pandemic and the Climate – Time to Think.  In case you are one of the billions of people who didn’t read it, here’s the link:

The blog began with a few thoughts sent to me by my niece, Bess, written by an unknown author:

The air around the world is cleaner, fewer pollutants enter the sea, streets are less noisy.

Families are spending time together, fewer planes are flying around the world, luxury cruise ships are not dirtying up the sea. People are looking at local solutions for needs and taking time to wash their hands.

The hectic pace of the world has slowed. We’re breathing consciously; grateful for being alive.

Yes, we will overcome this virus. But I hope we will fall in love with this new way of being.

The blog then continued with the following thoughts of my own.

The unknown author’s musings “made me hopeful (for a minute or so) that some good might emerge from all the suffering and death. Should we consider the benefits of diminished commercial and industrial activity on our planet and resolve not to return to the status quo ante?”

Next, I made some predictions.

Would that that were a possibility!  But you know it isn’t.

How did I do with my predictions?

I think my predictions were pretty accurate, but you can be the judge.

I’m not bringing this up to say “I told you so.” Well, maybe a little. My reason for looking back is to point out the tragic nature of our inability to seize the 2020 moment. Could we not have looked at the significant reduction in harmful greenhouse gas emissions during 2020 and tried to think of ways NOT to return to pre-pandemic levels? Re-read the prelude by the unknown author that began my April 2020 blog, the one that begins The air around the world is cleaner….

Weren’t there lessons to be learned? And was our failure to learn them Joe Manchin’s fault?

We’re now on the eve of the COP 26 Climate Conference. It is two weeks away as I write. Every reputable climate scientist believes that this is our “last best chance” to avoid climate catastrophe. Maybe I’m selling us short, but I think most Americans will ignore the conference. The ones who don’t will watch and hope for a breakthrough that could save our endangered planet. Consider taking a minute or two to read what the conference is all about and how pivotal it is. Here is a link:

And, on the off chance that you have doubts that climate change is the issue of our lifetimes, take a look at the maps and graphics in this recent article:

Here in the US, our current administration has proposed a comprehensive plan to burn less fossil fuel when we generate electricity. It is the key part of the president’s climate change arsenal included in the Democrats’ $3.5 trillion “Build Back Better” plan that’s opposed by all Republican and two Democratic senators. The proposal combines incentives and disincentives to encourage the transition to clean energy while penalizing, but not prohibiting, the burning of fossil fuels, chiefly coal. Passing the plan would be hugely significant for the country and the world. And the world is watching. They want to know that we are serious about taking action. Passing such legislation on the eve of the Conference would send such a signal. Arriving at Glasgow with it dead in the water, however, would confirm to the world that leadership on climate change will not come from the US.

Why won’t we lead on climate change? Is it because we put corporate profits first? Is it money in politics?  Is it a macho streak a mile wide in our body politic that causes us to deny science and worship the wildcat oil driller? Is it the good ol’ boy system that hooks up elected officials with the CEOs and lobbyists whose incomes and wealth accumulation depend upon maintaining the status quo?

One man, Sen. Joe Manchin of West Virginia, is widely blamed for blocking Democrats’ plans for slowing climate change. Manchin, of course, represents a state where coal mining is an economic mainstay. Manchin’s self-serving obstinance has been characterized this way by Bill McKibben, perhaps the most widely read climate campaigner:

This is high on the list of most consequential actions ever taken by an individual senator. You’ll be able to see the impact of this vain man in the geological record.

Is it fair to blame one man for this distressing impasse? What about the 50 Republican senators who would rather drink poison than vote for a bill opposed not only by the oil, gas, and coal moguls, but also by their artificially tanned and coiffed leader from Palm Beach?

So if the world looks at us as lousy partners in the fight to slow climate change, who deserves the blame? I suggest Joe Manchin probably doesn’t deserve all of it. I suggest the blame will fall on an electorate that has big blocks of voters who deny climate change, resist public health measures, and worship a vain, tacky cretin who very nearly ran the country off a cliff and may well do so in the future. If a country has a 35-40 percent voting bloc that can be relied upon  to vote for any candidate who is cheek-to-jowl with Trump, can that country lead in anything save buffoonery?

Climate change denial predates Trump. He didn’t invent it. The Republican Party prioritized extraction industry profits over saving the planet long before Trump polluted the airwaves with lies. The transformation of the GOP into a cult of personality has made it a waste of time to try to pass any legislation aimed at fighting climate change.  One of our two political parties is dead set against joining the rest of the world to keep Earth habitable.

So it is far from fair to say “Joe Manchin did it.”  And, if you read or listen to the mainstream media, that is essentially all you hear. C’mon guys, give all the Republicans some credit. They richly deserve it.

Over the Horizon Warfare – the New American Militarism