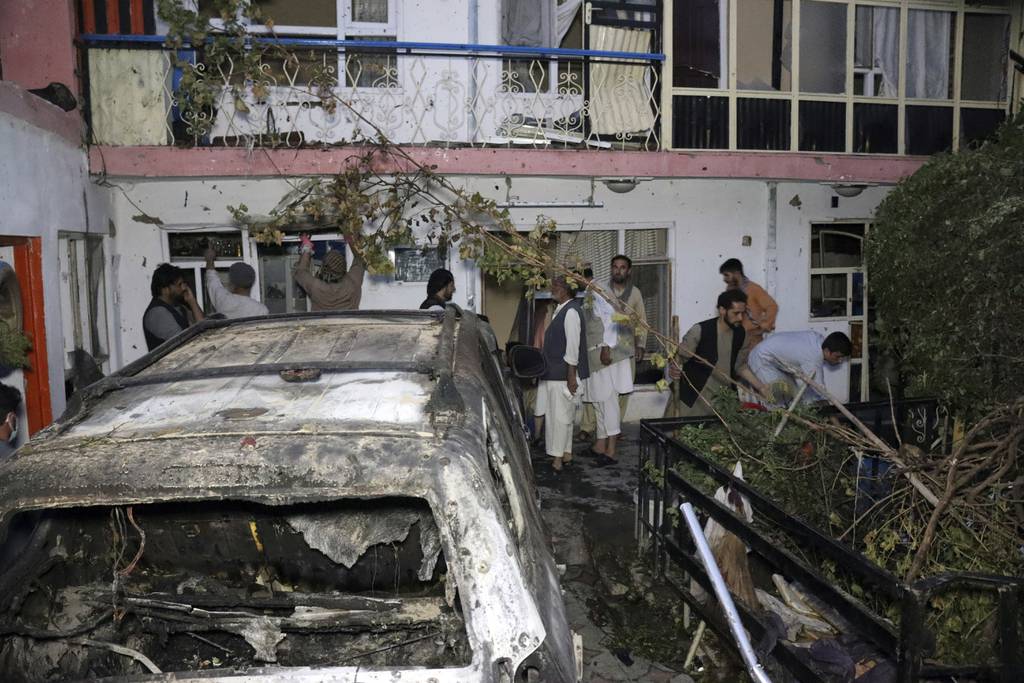 On Sept. 17, Gen. Kenneth McKenzie, commander of US military operations in the Middle East, held a video conference with reporters. He acknowledged that a drone strike on Aug. 29 that was supposed to kill a group of Isis-K bombers had actually killed 11 innocent civilians, including children. He called it a “tragic mistake.”  What a fitting coda to 20 years of mistakes we have inflicted on Afghanistan, neighboring Pakistan, Yemen, Syria, Iraq and Somalia, with thousands of drone strikes justified by our “war on terror.”

Here in the US, the reaction to the “tragic mistake” was pro forma. Democrats wrung their hands in sympathy for the dead. Republicans blamed President Biden personally, as if he’d made up the bogus “intelligence” that caused the “tragic mistake.” But no one was really worked up about it because we are accustomed to drone strikes wiping out innocent civilians. We deem their deaths to be an acceptable cost of our “war on terror.”

Here are some things that struck me about this latest murder of civilians.

Let’s answer the first question with a “no” based on past performance. In a Time magazine article, Hina Shamsi, director of the ACLU’s National Security Project, wrote:

“What makes this tragedy different from so many others during the war in Afghanistan is that because of public attention, the U.S. military has been forced to investigate and apologize, and is exploring making amends . . . . The United States’ record on lethal strikes is generally a refusal to acknowledge families’ devastating losses, weak or non-existent investigations, and no amends whatsoever, even when the evidence of wrongdoing is staring us in the face.”

As to the second question, “yes” seems to be the answer. If you abhor military jargon as much as I do, you are already sick and tired of hearing about our “over the horizon” military capabilities. This is shorthand for saying that we will use our myriad computerized observation and killing machines produced by military contractors to identify alleged threats and “take them out” while allowing our military personnel to stay safe within military bases hundreds or thousands of miles away.

I imagine that someone reading this might say, “Well, would you prefer risking the lives of the men and women of our armed services?” The answer, of course, is no. But I do wish we’d stop meddling in other countries’ business now that we’ve conclusively proved that we’re incapable of doing so with positive effect. Has our track record in Vietnam, Iraq, Syria, Afghanistan, Yemen, and Somalia taught us nothing? How many civilians must die before we admit that we don’t know what we’re doing?

And who benefits from our military engagements (or those of our proxy, Saudi Arabia) in those places.  Among them are the shareholders, board members and top executives of these five top defense contractors. And they stand to continue benefiting from “over the horizon” warfare.

These are merely the tip of the iceberg. Their boards of directors are populated by retired generals, admirals and other former Pentagon brass. There are 12 such directors on those five companies’ boards. Each earns from a low of $307,000 to just over $400,000 per year for their board service. All held posts at the very top of the military hierarchy. You can check them out simply by reading the companies’ online proxy statements.  The reward for retirement from active duty seems to be a cushy seat on a defense contractor’s board with generous fees and stock awards.

Let me stop to make a point. I am not saying that these former military leaders are immoral or amoral. They include household names like Jeh Johnson (former Homeland Security secretary) and James Mattis (former secretary of defense). But their life experiences have conditioned them to believe in military solutions, and they are all steeped in the culture of the military-industrial complex. Their very mindset perpetuates war.  As members of boards of directors of military contractors, their job is to help the companies win government contracts for lethal weapons systems.  And not just contracts from our government, but from any government, especially the Saudis. Intentionally or not, they are helping fuel the international arms race.

I mentioned above that I abhor military jargon. One of the most abhorrent (at least to me) bits of jargon is the replacement of the word soldier with “warrior.” When did it become almost disrespectful to call someone a soldier? Why is it necessary to call her or him a warrior? Is it to glorify war? Is it to emphasize physical combat? Physical combat, mind you, is not an integral part of our “over the horizon” future. The missile that killed those civilians on the 29th of August was remotely launched and controlled. None of our Air Force “warriors” risked any personal injury or death. They were most likely sitting on a military base in the US in front of a computer screen.

What about the harmful psychological effects on the military people who kill innocent civilians in the Middle East and the Horn of Africa? Does that qualify them to be called warriors? No. It qualifies them to be called victims! They are victims of a mindless, macho, militaristic miasma of a foreign policy that we must change. But it won’t change as long as our defense contractors, our military hierarchy, and our politicians are all wallowing in a mosh pit of dirty money made from the sale of lethal weapons that facilitate remote control war.

8 mins read in Uncategorized
Stay Connected!
Get my latest blog posts straight to your inbox!
Your information will never be shared