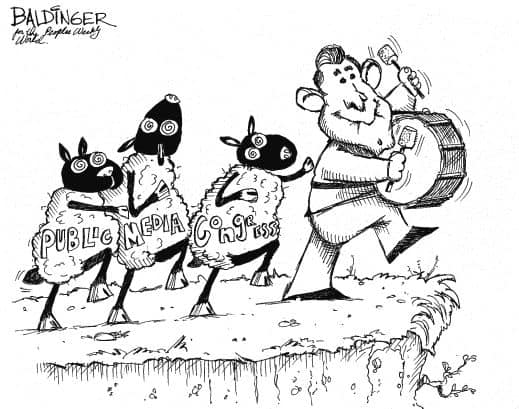 While I recently swore off commenting on current events in the Quixotic Deacon blog, something is bothering me that I need to get off my chest.

Over 14 years ago, my wife Lucy, my son Hank, and I participated in a march to protest the upcoming (we assumed)  invasion of Iraq. Hank carried a sign created by Lucy that read “Iraq Invasion – Osama’s Dream.” How prescient. Unfortunately the march was rather unsuccessful since the invasion occurred some weeks later. At that time, the majority of the country chose to trust the Bush administration as to the justification for and execution of the invasion. And the majority was wrong. We were right and not in hindsight either. We knew it the day we marched. What did we know? We knew that powerful men were rushing the country to war. And millions of other Americans knew that too. After several 1000’s of our troops and over 100,000 (some say 300,000) Iraqi civilians paid for our adventurism with their lives, many more Americans had come to regret the rush to war. And that was even before the rise of ISIS.

Are we entering a period that is reminiscent of those days?  Is the drumbeat for war getting louder? There is evidence that it is. This should bother every person who loves peace.

The wacky leader of North Korea is making wild threats of destruction as he has for years. The wacky leader of the United States is one-upping him with promises of unprecedented “fire and fury.” Would our President’s woeful approval ratings be bolstered by some military action in Asia? Can we be sure that mature, restrained military and civilian experts will make crucial decisions?  Will the Congress have to consent?

The news media is hyping the danger with increasing intensity.  What role the media plays in conditioning citizens to accept war as a logical necessity is hard to quantify. But we all remember what a bonanza the Iraq war, especially the first few days, was for cable news outlets. I’m sure it wasn’t difficult selling ad time in those days. Shock and awe transfixed the nation.  We were glued to the tube.  Pay attention, dear reader, to the media and ask yourself if they are beating the drums of war.

This week our President’s “evangelical advisor” Pastor Robert Jeffress announced that God has given Trump “authority to take out Kim Jong-Un.”  Pastor Jeffress  leads a megachurch in Dallas and one must assume that he speaks for many of his congregants. He is the only church “leader” who has spoken out about the current threat of war and he is all for it!  It is difficult for me to understand how any follower of Jesus could not be anti-war. That doesn’t mean that all Christians must be pacifists. One can hate the very notion of war without being a pacifist. But it must be difficult for a Christian to justify initiating a war as opposed to fighting one of necessity. But I guess I am mistaken. After a born- again Christian took us to war in Iraq, this nominally Christian nation reelected him 18 months after the invasion.  What lesson will Trump and his cabal take from that bit of recent history?  Is it that military adventures, however misguided, will be forgiven as long as we kill more of them than they kill of us?

But nothing has happened yet.  I pray that I am being overly pessimistic about these next few days, weeks, or months.  But while we wait, we should all do the one thing that might help. We should call our Congressional delegations and tell them to be vigilant. They should not allow a new war to start without, at least, Congressional consent. Now, this consent is no guarantee that we won’t still start a war that would offend one’s morality. After all, the Senate voted overwhelmingly to authorize the invasion of Iraq in October 2002. My two RI senators, Reed and Chafee, were notable “no” votes. Yet most of our elected representatives don’t seem to be anti-war based on past performance. I have not heard even one Senator or Representative talk about the inherent immorality of killing many innocent people in a preemptive strike. Think Iraq 2003.

No one has asked me to march this year. I haven’t read about any marches for peace around the country. Why this dearth of activism? Have we become inured to war? Is war so good for business that we are encouraged, subliminally, to tolerate the killing? Does the mere presence of an immense war machine create a certain bias towards using it?  Where is the cry for peace? Is it drowned out by the din of drumming?