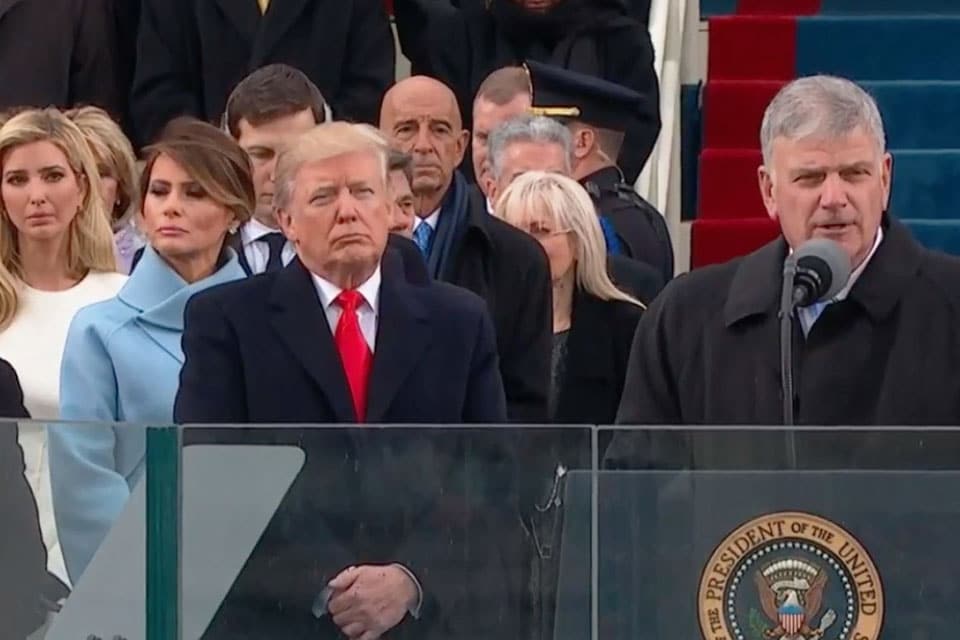 Dear reader, I’ve been absent from the scene for a month, and I feel obligated to explain my silence.

There are two reasons:

Unable to decide at which windmill to tilt, I tilted at none. But now I’ll break my silence with some thoughts on a group that is much in the news these days because they have become the president’s most loyal, visible and vocal supporters.  I speak of the group the press calls White Evangelical Christians, or WECs.

WECs concern me because they have misused Christian teachings to advance a far right political agenda, and in so doing they are helping the Republican Party destroy much that is good about America.

More worrisome, though, is that WECs give Christianity a bad name. Paradoxically, they have made America less, not more, Christian. Young people who might otherwise be leading active Christian lives have rejected Christianity because they equate it with the inflexible, right-wing political agenda of the WECs.

But more about that below. Let’s talk for a minute about the label itself — White Evangelical Christian. Is it fair? Yes, it is, since it is the label, minus the word White, used by individuals in the group. They self-identify as  Evangelical Christians and the pollsters add the racial classification because that is the nature of polling. Pollsters typically ask respondents if they want to identify themselves as aligned with a particular group. Respondents can pick from a list of groups, or label themselves as whatever they want or refuse to be categorized at all. Millions of voting people are identified by pollsters as WECs.

When I was growing up in South Carolina, the most famous evangelist — the quintessential WEC — was Dr. Billy Graham.  I once attended one of his “crusades” in Charlotte with my mother and sisters. When my maternal grandparents heard we’d gone, they were particularly dismissive of Graham, which disturbed me greatly at the time. They looked down their noses at him just like the character in the current Netflix special, The Crown, who called Graham “that charming charlatan from Charlotte.”  So, let me acknowledge right now that some people dismiss WECs out of pure snobbery. Some of those people can live an entire lifetime as self-identified Christians and manage to avoid using the word Jesus. So, let’s not fall into the trap of looking down on WECs because we find them “beneath us.” They are not.

Having said that, I hasten to add that I look at them as a destructive force. With different leadership, WECs might become a force for good. But their leaders have led them down the path to far right orthodoxy and a total blurring of the lines of church and state. WECs are, as a group, a cheerleading squad for the Republican Party.

Many WECs are actually single-issue voters, and that issue is abortion. Despite their WWJD plastic bracelets, they are led to behave in a very un-Jesus like fashion by a Republican Party that has skillfully packaged other issues — guns, the environment and immigration — with an absolutist stance on abortion. So, if your issue is abortion, you are obliged to be a pro-gun, anti-immigrant, climate change denier to get what you want on abortion.

So, we are presented with WECs who feel strongly about abortion (Thou shalt not kill) but are willing to vote for whatever candidate the NRA (Let’s make killing profitable) is supporting.

I challenge WECs to reconcile their inconsistent positions on the sanctity of life. How can they oppose abortion under any circumstances, yet support a national policy on firearms that allows easy access to guns used to murder school children or concert goers?

Let me explain. If you listen to younger people talk about Christians, you will soon realize that they are often actually talking not about Christians writ large but about WECs. They are often talking about someone they know who considers themselves converted, often dramatically, who attends a non-denominational church, often of the mega variety. So in the parlance of generations younger than mine, Christian means, quite often, an evangelical person who “has been saved.”  And then these young people turn on the TV and see Franklin Graham or Jerry Falwell Jr. glad-handing with Trump, and they begin to associate Christians with Republicanism!  And then they hear that Roy Moore is a devout WEC and they subliminally say to themselves, “Boy, this religion stuff really sucks.” The baby has thus been disposed of with the bath water. They will never really be interested in learning about being a Christian who thinks for himself or herself and loves being part of a Christian community made up disparate people who are at different places in their earthly pilgrimage. This really bothers me.

I happen to be one of the weird people who loves the Church. I love the parishes in which I have served and the people who are those parishes. And it disturbs me to think that my children may not have this experience. But the more the face of Christianity is presented as the WEC stereotype in modern culture, the less likely it is that another generation will consider religious affiliation as something important to think about.

This isn’t news to anyone who is churched or anyone who reads the annual Pew Research polls on religion. There are powerful cultural forces that are leading younger generations away from Christianity. And the same could be said for Judaism, I imagine. The current version of WECs give the forces of secularism as much ammunition as they can use to diminish the already weakened religious impulse in our country. So it behooves us to point out to all that WECs are only a subset of the Christian populace — that being a Christian doesn’t mean being a WEC.

4 mins read in Uncategorized
Stay Connected!
Get my latest blog posts straight to your inbox!
Your information will never be shared