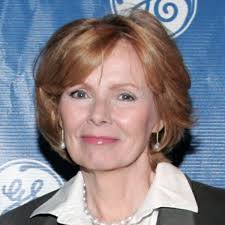 The Quixotic Deacon is back, flattering himself with the thought that some of you might have missed me since my last blog. Reality compels me to acknowledge, though, that you may not have missed me at all during my holiday hiatus. Still others may wish I would extend it.

At one point during my absence from the keyboard, I considered my reading habits, past and present. I spent decades of my life not reading The Wall Street Journal on principle, but reversed course earlier this year and began reading the weekend edition only.

A friend, Mary Berlinghof, told me that I was missing many good book reviews, as well as some general interest articles perfect for weekend reading. While selectively perusing the December 23-24 edition, I ran across an interesting piece by Peggy Noonan. https://www.wsj.com/articles/this-tax-bill-may-do-some-good-1513899773

Ms. Noonan, if you don’t recall, was a speechwriter for Ronald Reagan and now is an oh-so-smug contributor to the WSJ’s opinion page. She’s not someone I would usually recommend,  but her  column surprised me because she touched on a subject I’m passionate about: income inequality.

Noonan wags her finger at our captains of industry, urging them to wake up and do something revolutionary that would be in the public interest: use their companies’ gigantic tax cuts to invest in good jobs for workers, as opposed to enriching themselves and their shareholders.

She writes in part:

Big corporations can take the gift of the tax cut (and the continuance of the carried interest loophole, that scandal) and do superficial, pleasing public relations sort of things, while really focusing on buying back stock and upping shareholder profits.

And they’ll do this if they’re stupid, and craven.

Or they could set themselves to saving the system that made them, and helping the country that made their lives possible. They can in some new way see themselves as citizens — as members of America, as people with a stake in this nation, a responsibility for it. They can broaden, invest, hire, expand and start the kinds of projects that take the breath away. They can literally get young men and women out of the house, into the workplace, learning something. They can change and save lives. This would be costly. Spend.

It’s hard to argue against her advice even though the recommendation is  couched in a sort of noblesse oblige speak that one might find a bit offensive if one were sensitive to that sort of thing. Further on, Ms. Noonan calls on the captains of industry to do nothing less than “defend the reputation of capitalism.”

Noonan should have gone further and called on corporate bigwigs to totally reconstruct capitalism in the public interest. But that would have required her to address corporate GREED.

You may remember that Income inequality was the subject of my blog last August. (“Income Inequality in the US – What’s all the fuss about?” https://thequixoticdeacon.com/income-inequality/income-inequality-us-whats-fuss/

No need to re-read it. The gist was that our capitalist system rewards the top earners (think CEO’s, top 5 executives, and directors, etc.) more lavishly than the rest of the world by a huge margin on a relative or absolute basis. We get the Greedy Award.  The top executives and directors of our major corporations make millions while the rank and file often subsist on miserly wages.

So . . . . even before following Ms. Noonan’s advice to invest in new jobs, our corporate elite could take their multi-billion dollar windfall and address the scandal in their own corporation; to wit, rewarding themselves and shareholders lavishly while ignoring the poverty of their own employees. If we want to save the “reputation of capitalism,” as Ms. Noonan urges, wouldn’t this be a better place to start?

She ends her piece on a high note. She calls on Wall Street’s corporate leaders to see their private interest as “utterly aligned right now with public interest” and says that if they don’t see that, they are “as stupid and venal as their enemies take them to be.”  The enemies she refers to are a “young and rising new left that is fiercely progressive and on fire for socialism.”

Ms. Noonan thus buys into a false dichotomy that is poisoning our country’s political and economic discourse. Our choice is between unrestrained capitalism as we know it or socialism, she seems to say.

Today’s progressives demand reform of our capitalism, not its annihilation. This isn’t a zero sum game. For most of the last century, our mixing elements of  capitalism and socialism brought about a strong middle class and less poverty. Strong labor unions and sensible government regulations were a key to robust periods of growth.

We can either return to an economy that sensibly — and compassionately — values people as much or maybe even more than profits or we can risk the calamity Ms. Noonan warns of.

And since I’m a deacon, charged with interpreting the needs and wants of the world to the church, I would be remiss if I didn’t add this: Restructuring our existing capitalist system — or restraining what I’ve often called unrestrained capitalism — would be a totally Christian thing to do.

Not anti-American, not socialistic, not anarchistic or any of those things, but simply Christian.

Do You Know What a WEC Is?

7 mins read in General
Stay Connected!
Get my latest blog posts straight to your inbox!
Your information will never be shared