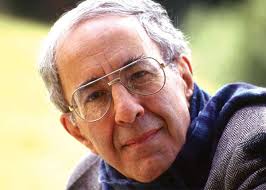 It is my growing conviction that in Jesus the mystical and the revolutionary ways are not opposites, but two sides of the same human mode of experiential transcendence. I am increasingly convinced that conversion is the individual equivalent of revolution. Therefore every real revolutionary is challenged to be a mystic at heart, and one who walks the mystical way is called to unmask the illusory quality of human society.

Mysticism and revolution are two aspects of the same attempt to bring about radical change. Mystics cannot prevent themselves from becoming social critics, since in self-reflection they discover the roots of a sick society. Similarly, revolutionaries cannot avoid facing their own human condition, since in the midst of their struggle for a new world they will find they are also fighting their own reactionary fears and false ambitions.

[From The Wounded Healer by  Henri J. M. Nouwen]

My spiritual director brought this Nouwen quote to my attention recently and I immediately wanted to share it with others and think a bit about its implications.

For any of you who don’t know the works of Henri Nouwen, you are in for a real treat. Nouwen was a Dutch Catholic priest, professor, and theologian who published widely on issues of spirituality and social justice. Google him and you will find what a treasure he is for anyone who sees a connection between the life of the spirit and social justice work.

When Nouwen asserts that Mystics cannot prevent themselves from becoming social critics since in self reflection they discover the roots of a sick society, one is forced to ask how this applies to him or her self. So, I am going to be the guinea pig here and explain how it applies to me. This might be embarrassing but here goes.

When I do a self audit of my spending, I find that a whole lot of what I spend is on things that I don’t really need. I take my discretionary income and use it to spoil myself. That is a choice I make without any thought. I see something I want and I get it. It is a real form of greed. Now multiply me by 300 million and you have our economy, which is driven by greed and self-interest as opposed to any notion of the common good. It is called consumerism and it has nothing to do with building a just society.

Now, the individual — me in this case — can decide to be intentional about stewardship of his or her own resources. This could take the form of tithing or some other discipline. However, it’s a much greater sacrifice for a person making $70,000 per year to tithe than for one making $700,000. So all tithers (if that’s a word) are not created equal. Jesus made this crystal clear in the parable of the Widow’s Mite. In this parable Jesus made the point that real charity is not measured by what is given but by what is left over for the giver after the gift. The widow in the pararable gave all she had to the treasury while the Pharisee had plenty left over after he made a much bigger gift than the widow. So . . .each of us must struggle in our own way to be good stewards of the gifts and and talents God had given us. And, as we struggle, we are engaged in a lifelong process of conversion. We will often take backward steps but the effort is what matters.  While we are praying for the grace to be compassionate stewards of our time, talent and treasure, we are bound to notice that society also is involved in this struggle — or should be. And when we see evidence that society is not struggling to convert itself as we are, we become, in Nouwen’s words, social critics. So, the Quixotic Deacon, struggling to convert himself into a more compassionate, less self-centered human being, is naturally drawn to become a critic of the status quo when it doesn’t seem like society is engaging in the same struggle.  Let’s look at one example: The case of the working poor.

I have a friend. He is over 70 now and must work to put food on his family’s table. Retirement is not an option. He works at Home Depot, is a model employee and has been recognized as such by his employer. He makes $12 per hour and is on his feet for 8-10 hours at a time. His gross pay is $480.00 per week. He is the epitome of working poor. And he is so because of the conscious decisions and values of the management and board of directors of Home Depot. Look at the numbers.

What if the board of Home Depot had said to management, “We need to pay our full-time employees a living wage. With billions in earnings we can both reward our shareholders and lift our hourly workers out of poverty.”  Be assured that no such statement was made. And you can be almost as certain that it won’t be made next year when it comes time to divvy up the spoils.

This is just one example of why the working poor remain poor while working full-time. I call it greed. What do you call it? If this is merely the invisible hand of capitalism distributing the spoils of the market to the most powerful among us, is that OK?  Must we worship capitalism if it consigns our brothers and sisters to poverty unnecessarily?

As we work on our own conversion — from self-centeredness to compassionate lovers of our neighbors — we are naturally drawn to the fight for social justice. As Nouwen points out, it is simply two sides of the same process. Acquiescence to injustice is complicity.