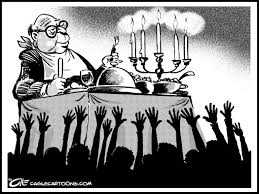 I recently learned about an amazing document written by a group of distinguished Christian leaders during their Ash Wednesday retreat. It’s called Reclaiming Jesus (www.reclaimingjesus.org) and I implore you to read it — all of it because it’s powerful.

It would be tempting for me to cherry pick the document, hoping that certain passages have the same impact on you as they did on me. I won’t, though, because you owe it to yourself  to read the entire document without me nudging you this way or that. Pay particular attention to the list of leaders who signed it. One is the Presiding Bishop of the Episcopal Church, Michael Curry. His signature alone made it required reading for me, and I was similarly impressed seeing the names of other prominent church leaders and authors who signed. You don’t have to be a Christian to be profoundly affected by the document — anyone concerned about the nation and where it’s headed should read Reclaiming Jesus.

ARTICLE III. WE BELIEVE how we treat the hungry, the thirsty, the naked, the stranger, the sick, and the prisoner is how we treat Christ himself. (Matthew 25: 31-46) “Truly I tell you, just as you did it to one of the least of these who are members of my family, you did it to me.” God calls us to protect and seek justice for those who are poor and vulnerable, and our treatment of people who are “oppressed,” “strangers,” “outsiders,” or otherwise considered “marginal” is a test of our relationship to God, who made us all equal in divine dignity and love. Our proclamation of the lordship of Jesus Christ is at stake in our solidarity with the most vulnerable. If our gospel is not “good news to the poor,” it is not the gospel of Jesus Christ (Luke 4:18).

THEREFORE, WE REJECT the language and policies of political leaders who would debase and abandon the most vulnerable children of God. We strongly deplore the growing attacks on immigrants and refugees, who are being made into cultural and political targets, and we need to remind our churches that God makes the treatment of the “strangers” among us a test of faith (Leviticus 19:33-34). We won’t accept the neglect of the well-being of low-income families and children, and we will resist repeated attempts to deny health care to those who most need it. We confess our growing national sin of putting the rich over the poor. We reject the immoral logic of cutting services and programs for the poor while cutting taxes for the rich. Budgets are moral documents. We commit ourselves to opposing and reversing those policies and finding solutions that reflect the wisdom of people from different political parties and philosophies to seek the common good. Protecting the poor is a central commitment of Christian discipleship, to which 2,000 verses in the Bible attest.

Yes, they called our present policies that punish the poor a “growing national sin”.  Political and economic power in our country is concentrated in the hands of the wealthy and their favored politicians; the latter use campaign contributions to build political clout. One hand washes the other: Wealthy donors contribute generously to politicians, who in turn pass laws that enable well-connected high-rollers to accumulate more money.

No, I’m not exaggerating or being hyper-cynical. Consider:

There simply can be no doubt among reasonable people that our national fiscal policies are a boon to the rich and a time bomb for the poor, who depend on safety-net programs. But can this be called a ‘national sin’?

It certainly can be and it must be. The systematic enriching of our wealthiest and most powerful by our elected representatives is shameful and scandalous, and should be called out as such by people of various religious persuasions or of none at all.  Yet in all elected officialdom, I can only think of two who ever talk the way I am talking now — Bernie Sanders and Elizabeth Warren. Only two.

If our leaders would stop pretending to uphold Judeo-Christian values and stop saying “God Bless the United States of America” at the end of every speech, I’d feel a little better. If we were to openly admit our allegiance to the economic philosophies of Adam Smith and Ayn Rand and the relatively modern doctrine of “unrestrained capitalism,” then at least we could say we’re being honest, admitting what we really value. But we don’t. We continue to use the fiction of “a rising tide lifts all boats” and other “trickle-down” fantasies to justify policies meant to favor the investor class.

And guess what? The investor class doesn’t need the help! I can easily remember a United States where economic and political power was more equally distributed, where there were strong labor unions, where more people were in the middle class than were economically insecure, where companies contributed to the pension plans for their employees and provided health insurance, where marginal tax rates were 72 percent at the top, and the locally-owned bank routinely made mortgage loans to mill workers whose jobs were considered secure. And the rich were still rich. But these days, my tax rate is half of what it was years ago and the amount of wealth I can pass to my children tax-free has gone up many fold.

Our government has worked hard to be sure I get richer and richer. Who can defend this? I certainly can’t. I didn’t need the help. Is this a growing national sin? Sure seems like one to me.

10 mins read in Income Inequality
Stay Connected!
Get my latest blog posts straight to your inbox!
Your information will never be shared