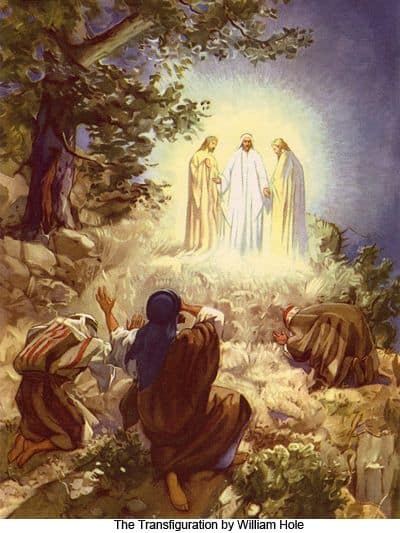 Again I saw that under the sun the race is not to the swift, nor the battle to the strong, nor bread to the wise, nor riches to the intelligent, nor favour to the skillful; but time and chance happen to them all. For no one can anticipate the time of disaster. Like fish taken in a cruel net, and like birds caught in a snare, so mortals are snared at a time of calamity, when it suddenly falls upon them.

I have also seen this example of wisdom under the sun, and it seemed important to me. There was a little city with few people in it. A great king came against it and besieged it, building great siege-works against it. Now there was found in it a poor, wise man, and he by his wisdom delivered the city. Yet no one remembered that poor man. So I said, ‘Wisdom is better than might; yet the poor man’s wisdom is despised, and his words are not heeded.

The quiet words of the wise are more to be heeded than the shouting of a ruler among fools. Wisdom is better than weapons of war, but one bungler destroys much good.

Give the king your justice, O God,

and your righteousness to a king’s son.

May he judge your people with righteousness,

and your poor with justice.

May the mountains yield prosperity for the people

and the hills, in righteousness.

May he defend the cause of the poor of the people,

give deliverance to the needy and crush the oppressor.

May all kings fall down before him,

all nations give him service.

For he delivers the needy when they call,

the poor and those who have no helper.

He has pity on the weak and the needy,

and saves the lives of the needy.

From oppression and violence he redeems their life;

and precious is their blood in His sight.

The two passages above were readings assigned for Morning Prayer on June 10. As I read them, I was struck, not for the first time, by how applicable they are to this very day. The Jewish scriptures, which most Christians refer to as the Old Testament, are chock full of wisdom as pertinent today as it was 2,200-plus years ago. How can one read the words of Ecclesiastes about “the shouting of a ruler among fools” and “one bungler destroys much good” without thinking of the past three years in America with Donald Trump in the White House?

Then the psalmist tells us how a good ruler behaves. The good king turns his attention to the poor, the needy, the oppressed: “Precious is their blood in his sight.”  Scholars who study the Jewish scriptures find over and over teachable instances about justice for the poor and the oppressed. And perhaps that partly explains why Jewish people have historically made common cause with the kind of people best described on a famous statue: “the tired, poor, huddled masses  . . . the wretched refuse of your teeming shore.”

Many Jews, presumably steeped in the Torah, the Prophets and the Psalms, have energized advances in social justice in America, notably the Civil Rights movement. Rabbi Abraham Heschel comes to mind. Rabbi Heschel was not only a preeminent scholar of the Hebrew prophets but a front-line participant in the Civil Rights and anti-war movements of the 1960s. Jews who stand up for the rights of immigrants can also point to hundreds of lines of scripture declaring it their duty to welcome and succor dispossessed newcomers and the oppressed.

Much of what I’m saying also applies to Christians who fight for justice. But the ethical and moral ground on which Christians stand was established, in large part, before the birth of Christ by the Jewish people.  We Christians are their spiritual descendants and heirs; we share that set of ill-defined values called Judeo-Christian ethics. Alarmingly, though, those shared ethics no longer serve as our country’s compass, and we desperately need to change that.

A broad swath of Americans self-identify — often and loudly — as Christians, despite the fact that they have polluted ethics and morality with their allegiance to the president. They shout — through spokesmen as diverse as evangelist Franklin Graham and Attorney General William Barr,  an ultra-conservative Roman Catholic with ties to Opus Dei — that true Christians must support Trump to end abortion, fight the LGBTQ agenda, fight socialism and pack the courts with judges who think like them. This group, Trump’s white evangelicals and the Roman Catholic right, are key to his base. They would be impotent without the power and money from the Libertarian right wing. I’m referring to supporters like the Koch and DeVos families, along with other wealthy crusaders bent on dismantling our government and handing over what’s left of it — essential services like public schools and the Postal Service — to private companies to milk.

In order to beat Trump and take back the Senate in November, we must expose the hypocrisy of the WECs (white evangelical Christians, for new readers) and the greed of the far right. Can we do that? I have my doubts. In case you haven’t noticed, our 77-year-old candidate is not terribly eloquent. However, the Republicans, all of them, have made our job easier by being spineless, bootlicking, toadies for Trump. But you can bet they’ll try to  “ ’splain it away” by pointing to such ostensible accomplishments as “the Trump economy,” the appointment of conservative judges, the building up the military and cutting red tape. It’s not hard to explain to people who have a brain and will listen for a minute why those things are negatives, not positives. To wit:

Those aren’t the only positively evil things that the Trump administration will trumpet as accomplishments, but they’re a good start. And they’re all antithetical to Judeo-Christian ethics.

The quiet words of the wise are more to be heeded

than the shouting of a ruler among fools.

Let us pray that the words of Ecclesiastes are prophetic this year of decision. Can quiet wisdom be heard amidst the cacophony of the jackals in the White House?

Thoughts on the Grotesque

5 mins read in Ranting
Stay Connected!
Get my latest blog posts straight to your inbox!
Your information will never be shared