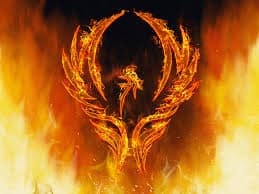 About a month ago, I had back surgery at Tufts Medical Center. I’d been warned repeatedly that this was “major surgery” and that recovery would be long. But I didn’t really need to be warned because my dear sister Gracie underwent similar surgery in June and I’d watched her recovery. So I knew the drill. Or I thought I did.

The operation went smoothly and I now have two fused vertebrae complete with hardware binding them together, plus a few vertebrae that have been cleaned up. The operation seems to have been a success and my recovery is ahead of schedule.

But when I look back on that day four weeks ago, I don’t think of the surgery itself. Rather, I think of the effect of the painkillers (opioids) administered after surgery. They caused serious hallucinations that gripped me for five days after the operation, causing me to be re-admitted to Tufts one day after being discharged The drugs yanked me back and forth from the real world to my hallucinatory world in the blink of an eye. One day Winston Churchill visited me in my room — or so I told my wife Lucy. When she told me he wasn’t there, I replied, “That’s what you think!”  Back in the ER when the hallucinations worsened, I discovered a plot involving a cabal of scam artists scheming to rip off the hospital. I clued in the nurses about the mischief afoot and they replied very understandingly, “OK, thanks for letting us know.”

On the final night of my return visit to the hospital I experienced a bizarre vision lasting all night. It started right there in the hospital, then spilled  out into the streets. It involved people I knew. It involved the church. I was torn between being in that world, joining my co-religionists, or blinking my eyes and being in a hospital room. I was anxious and fearful until I got out of the hospital the next day. I knew it would start again if I stayed another night.

Losing your mind is terrifying. And it’s happened to me twice this year. Both times I’d been prescribed opioids for pain, and in both cases I was in the hospital after the pain subsided being observed to see if I was sane enough to leave. No  more opioids for Buck! But the operation was a success and I am getting more active and agile each day. My recovery would have been much more difficult without the advice from Gracie and the care I got from my Nurse Ratched, Lucy, who waited on me hand and foot.

Brexit – A Wealth of Entertainment Pleasure

During my recovery at home, I have been entertained for many hours by the Brexit issue. Thank God for BBC America (channel 346 on DirectTV) which has allowed me to watch the British Parliament debate Brexit ad nauseum for the past month. My addiction to this unending drama and to the characters animating it (Boris, Jeremy, Jacob, Ian, Jo, and Arlene) seemed to be a wonderful new form of spectator sport. I am even reading a biography of one of the most interesting, if unlikeable, Tories — Jacob Rees-Mogg.

The experience has affected me in two ways, one good and one bad. The good: It has distracted me from  political turmoil in the U.S. and consequent depression over it. The bad: I see the dysfunction of a parliamentary form of democracy that I had once admired.

On the Home Front

Now, a few words about our benighted land.  For those of us who are actively ashamed of living in a country that elected Donald Trump as president, the situation is this. Forty percent of the population feels as we do and 40 percent are enamored of Trump. That leaves 20 percent up for grabs in 2020. They will decide what kind of country we are. And once that’s decided, we will no longer be able to say, “This isn’t who we are.” If Trump is re-elected we will prove that we, indeed, are a country of right wing, immigrant-hating, selfish, pompous, self-absorbed lemmings.

There is a subset of the 20 percent on which I want to turn my focus. They are the group who really votes the Dow Jones Industrial Average. I am probably dating myself when I use the DJIA here because there are so many new financial yardsticks more meaningful than the Dow. But you know what I mean. This group will vote for anyone who is most likely to make “the market” go up. You know them and I know them. They look down on Trump socially as a gross nouveau riche arriviste, but he protects them from those who might hurt corporate profits and cause  “the market” to go down.

They cannot risk a slump in the value of their portfolios even if it means electing an ignorant cretin who they wouldn’t let into their country clubs. Trump knows about this group and plays to them. That is why he mentions stock market highs every day. He wants to keep the stock market voters corralled and ready. He even predicts stock market crashes if the Democrats win.

Some of these stock market voters are surreptitious. They are ashamed to say that they’d vote for Trump, so they lie about their intentions. Some of them use the cover of being Republicans. Some of them warn of a real danger of socialism, of the Democratic Party having gone too far left. This is all code for the stock market voter who wants to justify voting for a man whom he looks down on. These are “haves” who put their own enrichment above the lifting up of the “have nots”. They will have a clear choice in 2020 and they will help determine what this country really stands for.

The Drums of War Revisited

6 mins read in Ranting
Stay Connected!
Get my latest blog posts straight to your inbox!
Your information will never be shared