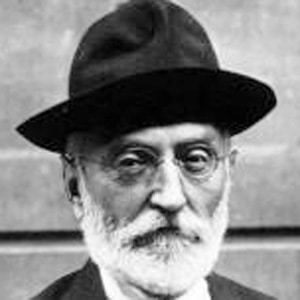 When I was starting this blog a few months ago, I chose to name it the Quixotic Deacon.  I explained that decision in my first post. I said that I chose it because “Tilting At Windmills” was already taken. In choosing to name my blog after Cervantes’ famous mad idealist, I signaled to you, dear reader, that I might often be championing that most worthy of causes – the lost cause. Then, lo and behold, on May 29th there appeared in the New York Times an opinion piece by Mariana Alessandri entitled “In Praise of Lost Causes”.  This article took my very primitive intuitions and put them in beautifully reasoned prose. When I read it I wanted to shout, “Yes, that’s exactly it!”.  I owe a big debt of gratitude to my well-read friend,  Anne Stone,  who called my attention to this article, since I don’t usually see the Times on Mondays. Thank you, Anne.  Here is the link. I urge you to read the article since I think it makes much good sense for people of conscience. If you are a proud champion of the status quo, don’t bother reading it.

Over the past months, I have faced a quandary that I think I share with many, many people.  How do I avoid becoming overwhelmingly depressed by current events?  Since I was in the current events club and on the debating team in high school (yes, I was somewhat nerdy), I have been in the habit of keeping up with current events and talking about them with friends, family and co-workers. But over the past year or so, and maybe longer, this habit has made me unhappy. I almost envy the person I meet who really doesn’t know what is going on or doesn’t care. I do envy the person who doesn’t yell at the TV regularly. This problem is probably magnified by discussions with my wife of 46 years who is afflicted with the same malady as I. So what does one do? I find myself reading more Trollope novels – just enjoying his lovely Victorian stories. And I can do that in my car thus avoiding the radio. This seems worthwhile. But I still get enough news by osmosis to send me into near paroxysms of wrath. So Trollope alone is not the answer.  I was struggling mightily with this problem until Anne Stone told me to read “In Praise of Lost Causes”. Now I have the answer – I am in training to become a Quixotic Pessimist!  Alessandri writes, “Quixote fought giants because he could not in good conscience not fight them. We can similarly transform ourselves into quixotic pessimists – the kind who are called dreamers, idealists, or lunatics – by reading more, rejecting common sense, and reinterpreting what constitutes a waste of time. If we happen to succeed by worldly standards, we will be surprised and perhaps pleasantly so; if we fail, we will have expected it. Praise to uncertain successes and certain failures alike.” Indeed.

There are so many windmills at which to tilt that it is hard to choose one on which to concentrate one’s attention. In my next few blogs, I will try to suggest some likely targets for those of us called to a life of quixotic pessimism. They might include but are not limited to some of the following threats to a civilized society: income inequality, mass incarceration, jingoism,  gun violence, machismo, militarism,  environmental degradation, corporate power, and plutocracy. These are giant problems, huge windmills. And the forces arrayed against us which defend the status quo are powerful and numerous.  But, to return to Quixote, we have to fight them because we cannot in good conscience not fight them.