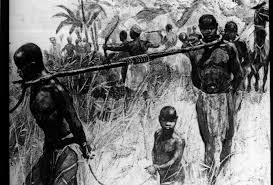 Earlier this week, my wife Lucy called my attention to an opinion piece in The New York Times many of you might have seen. The writer was Dr. Sabrina Strings, an African-American associate professor of sociology at the University of California-Irvine. She recalled attending a meeting five years ago with experts on public health and economics who were discussing health among African-Americans.

Strings, at one point was asked: Why are black people so sick?

I’ve thought about her one-word reply and decided I agreed with her. Here is part of her explanation: The era of slavery was when white Americans determined that black Americans needed only the bare necessities, not enough to keep them optimally safe and healthy. It set in motion black people with diminished access to healthy foods, safe working conditions, medical treatment, and a host of other social inequities that negatively impact health.

Strings’ op-ed can be found here:

The context for Strings’ Times column was the Covid-19 pandemic, which has killed 2.4 black people for every one white person in the U.S. The disparity isn’t a news flash — it’s been well documented and reported. Indeed, in several states, the fatality rate among black people is 5 to 7 times higher than among white people.

It would be convenient to dismiss the disparity by blaming obesity and unhealthy lifestyles. And many commentators do exactly that. Black people are more obese, therefore more likely to die from Covid-19.

But Strings pushes back: “Promoting strained associations between race, body size, and complications from this little-understood disease has served to reinforce an image of black people as wholly swept up in sensuous pleasures like eating and drinking, which supposedly makes our unruly bodies repositories of preventable weight-related illnesses.”

Are we content, as a nation, to have a dark-skinned underclass hobbled by more sickness, more death, more poverty, less education, less opportunity? If so we’ll continue on the road we’ve been on. But our eyes should be wide open to the dismal, decayed reality at the end of the road. An article in The Guardian on May 28 paints a grim picture:

The article quotes one of the prominent thinkers and writers of our time, Cornel West, who skewers the notion of American exceptionalism.

Cornel West, the Harvard philosopher, activist and writer, argues that you have to dig deeper to find the source of such disproportionate fatalities.“The virus encounters deeply racist structures and institutions already in place, against the backdrop of wealth inequality, a militarized state and a commodified culture in which everybody and everything is for sale,” he said.

For West, the pandemic has revealed nothing less than the country’s demise. “America has become a failed social experiment, a decayed empire that is unable to meet the basic needs of its people.”

The coming election will determine whether this decayed empire repents of its sins and begins dealing with their consequences with compassion, patience and resolve.

It is hard for me to imagine higher stakes.

Fight Back or Give Up?

9 mins read in Current Events
Stay Connected!
Get my latest blog posts straight to your inbox!
Your information will never be shared